News Corp has released an official statement following the shock death of cartoonist Bill Leak, 61, from a heart attack on Friday morning.

It comes on news today that the The Cartoonist of the Year award at News Corp Australia’s News Awards has been renamed after Leak. 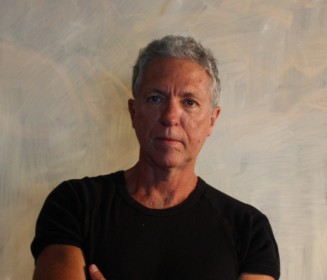 The statement read in full:

“It is with immense sadness News Corp Australia announces the passing of The Australian cartoonist Bill Leak today in Gosford Hospital. He was 61.

The Australian Editor-In-Chief Paul Whittaker said: “It is with huge sadness and shock that I share the news of Bill Leak’s passing today.

“We will miss him dreadfully and our hearts go out to his wife Goong, his step-daughter Tasha and his sons Johannes and Jasper.

“Bill was a giant in his field of cartooning and portraiture. He was a towering figure for more than two decades as The Australian’s editorial cartoonist. Our friend Bill is simply irreplaceable.

“Bill’s last public event on Wednesday night to launch his new book was a great triumph. He spoke with his trademark wit and wisdom to a room filled with friends, colleagues and fans, all of whom wished him well and expressed great appreciation of his strength and his unwavering commitment to free speech and true Australian values.”

News Corp Australasia executive chairman Michael Miller said: “Bill was a man of extraordinary talent – one of the premier cartoonists of his generation but also a highly accomplished portrait painter and writer.

“His stature in our industry among contemporary cartoonists was unsurpassed and in my opinion, he was at the pinnacle of his long career.

“His portraits of Bob Hawke and Bill Hayden hang in Canberra’s Parliament House and his portraits of Sir Donald Bradman, Dick Woolcott and Robert Hughes are in the National Portrait Gallery collection.

“But most of all Bill was Bill: a man with a unique talent for understanding the most complex of issues and cutting through the smokescreens to focus Australians on the real issues no matter how confronting.

“He was brave and insightful, provocative, at times outrageous, irreverent but always clear and brilliant – and most of all passionate. He was one of Australia’s greatest champions of freedom of speech.

“However what really set Bill apart and made him an industry legend was that he was incredibly funny. We will never forget the humour in his work and his wit and laughter as a person.”