New York City real estate website has launched a new campaign “Find Your Formula” which has been accused of stereotyping the city’s neighborhoods and being super sexist showing a ‘finance bro’ dumping his college girlfriend once he gets a raise and move into the Meatpacking District ‘hood.

Here’s the “find your formula” ads: 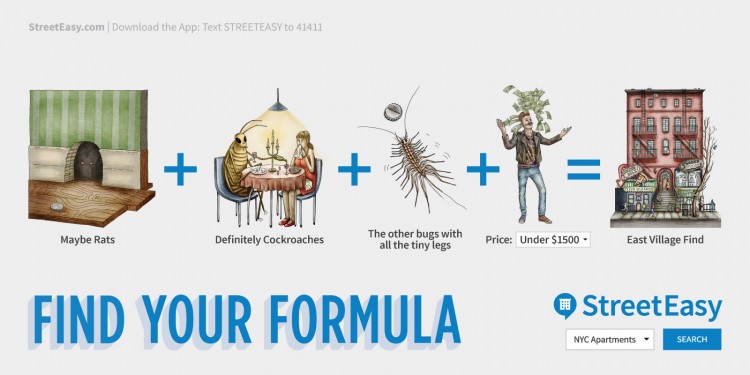 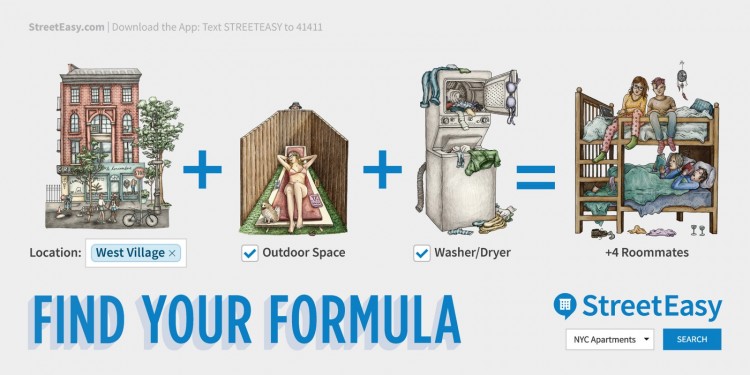 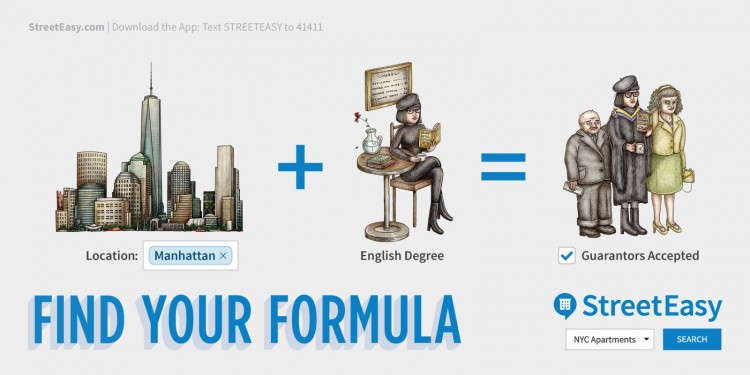 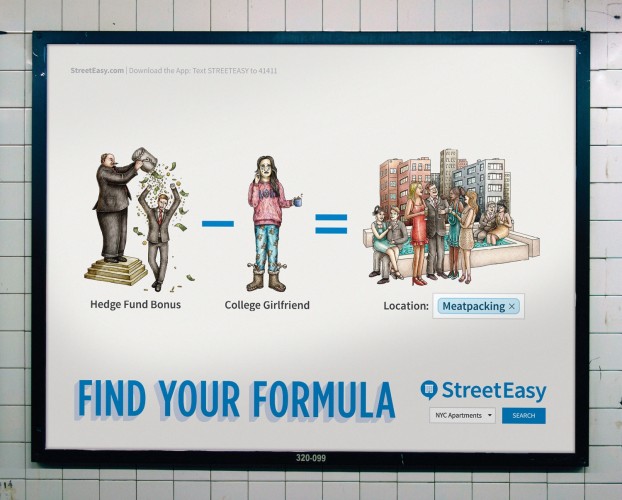 @streeteasy Was the unwarranted derision of Mississippi necessary to sell Lower East Side real estate? Just for fun? pic.twitter.com/4Ehwp6Y6x1

Is this StreetEasy ad dumb on purpose or by accident? Do the people behind it know Mars Bar is no more? pic.twitter.com/Mh58OFUlzI

Hey if you need to barf RIGHT NOW check out this @streeteasy ad. https://t.co/ydZJ0zC0ZB

honestly unsure if this is a screengrab from 2007 or if streeteasy is trying to facilitate intersectional revolution https://t.co/YtrF3DW6XS

Other people attacked the sexist cartoons in the campaign:

Status: Puking every organ out of my body from this @streeteasy ad pic.twitter.com/DRZa0yIX1d

How @SheTHINX ads were questioned but bull shit like this gets printed? Ridiculous #StreetEasy pic.twitter.com/BWFcOTJOyp

Hm @streeteasy is it safe 2 have a PropertyAd of a woman being watched by possible rapist, stalker or serial killer? pic.twitter.com/gmV2xZvudh

“We sincerely apologize to those who interpreted this ad to be anything beyond what our goal was: to parody New York characters to capture the choices that renters and buyers make to live in the city we all love,” the company said in a statement. “The intention of this ad and all the creative in our campaign was never to upset or offend, so this reaction is something that we take very seriously and are taking action to remove it from the campaign’s rotation.”