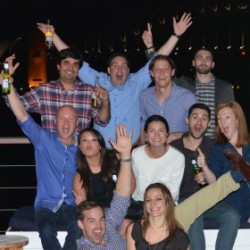 
On the back of the mobile cost per click conundrum, managing director from ad technology company AdRoll, Ben Sharp, argues clicks aren’t the best way to measure ad success.

There has been a lot of discussion around viewability since the IAB released its standards in March this year; however, what’s been missing in the conversation is how technology providers are going to be held accountable for viewability.

The IAB now deems an ad viewable if 50% of the pixel is on for a minimum of one second. This might not sound like a lot, but considering approximately 50% of display advertising doesn’t count as a viewable impression, we as an industry need to determine the most effective way to measure online advertising to be successfully accountable.

Cost Per Click (CPC) has recently emerged as a strong metric to measure viewability. So, if someone clicked on your ad then they would have seen it, right? Not necessarily. While CPC is a good way to judge if an ad was seen or not, it might not actually be the most effective way to determine the success of an advertising campaign. When optimising display activity towards clicks, a brand might inadvertently be optimising towards accidental or non-valid clicks.

Further, clicks might not be the best way to measure your campaign if your objective is brand awareness and not direct response. If you look at most brand awareness campaigns – usually rich media engagement adverts – success is usually judged by dwell time, engagement, or view through metrics as this style of advertising is usually targeted at users further up the purchase funnel. While most of these formats are insightful, they are still based on clicks, meaning brands continue to risk optimising away from their true customers.

When setting up a campaign, advertisers need to be sure their partners have understood their objectives and set up the campaign accordingly. No campaign has matching goals and therefore, the strategy to reach their customers and measure their success will need to adjust accordingly whether that means incorporating mobile and tablet activity to existing campaigns or segmenting their audience differently.

Advertisers should also be certain that they have true transparency into where their campaigns are being served. Agencies have been asking a lot of questions around the transparency afforded to them when buying programmatically and if technology providers are able to answer directly where adverts are shown, what the adverts cost and what ROI is being delivered then certainly, questions should be asked about the viewability as well.

What marketers want is to ensure their campaigns are targeting people who are truly interested in their product. By optimising towards conversions on a Cost per Mile (CPM – cost per 1000 impressions) model, brands can experience more effective ad campaigns by advertising on the basis of showing ads to one thousand relevant viewers, rather than purchasing based on clicks. This means a stronger campaign, but also transparent ROI figures.

This is not to say that a click model doesn’t have its place as a metric, but just that brands need to carefully consider which metric is right for their campaign, otherwise, they risk distorting their overall ROI.