Common Ventures took out a chunk of the B&T 30 Under 30 and Georgie McCarthy from the agency remarks on why.

Three employees winning B&T’s 30 Under 30 Award from the same behemoth agency is nothing new, but what about from a two-year old start up?

Three of the four founders of creative agency Common Ventures – Damian Damjanovski, Jane Burhop and James Crawley – won at last week’s awards night, a first for the impressive start-up and a glass marker of big things to come. 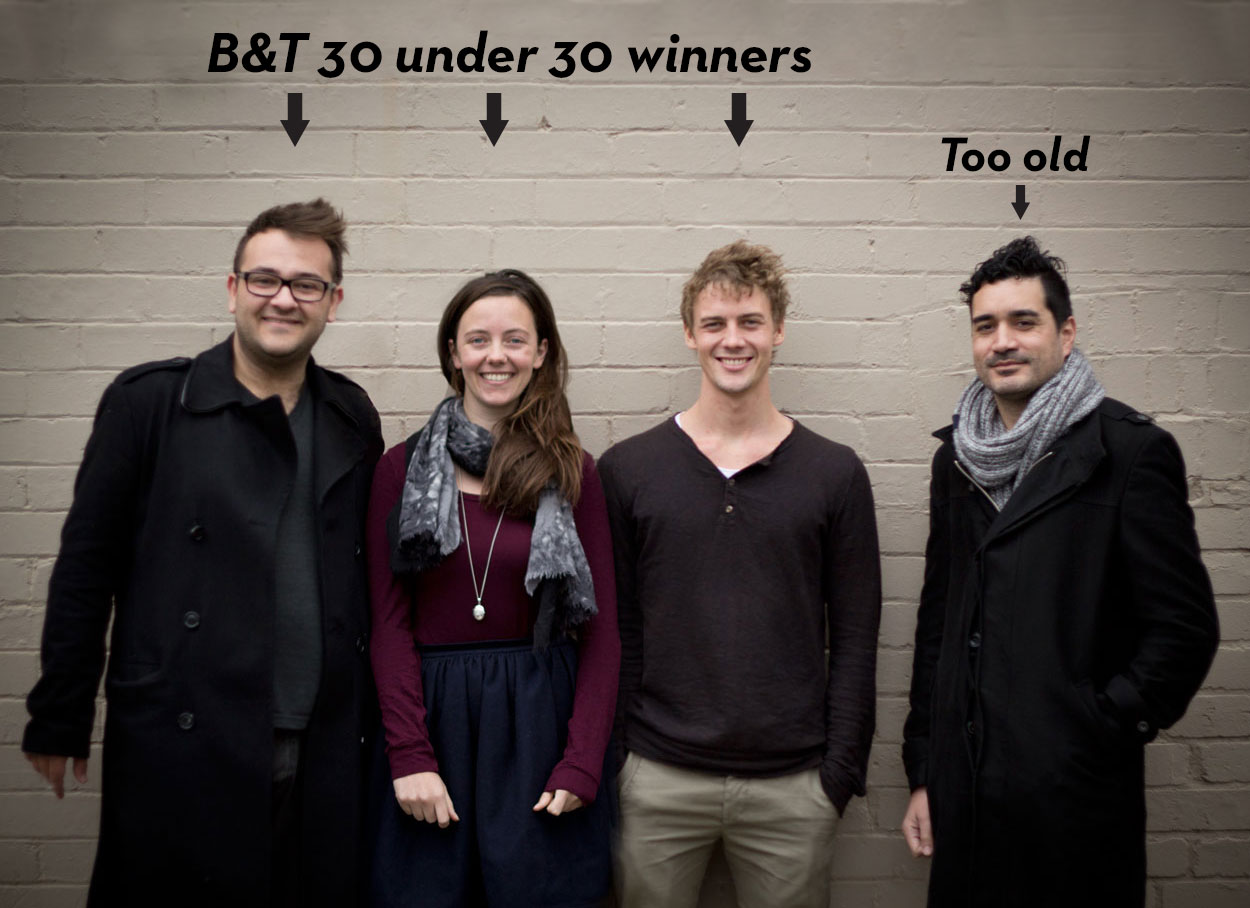 Along with CD Brian Merrifield, the young team left Ogilvy Sydney two years ago in search of the advertiser’s nirvana – starting their very own agency.

“Despite what people will tell you, it’s not all cat videos and double rainbows. The main thing that got us through those four-coffee days and endless nights – was our approach to problems that appear impossible. You quickly see the importance of perseverance,” said Jane Burhop.

Their attractive mix of strat and creative has allowed the agency to freely work on a diverse list of projects without the restrictiveness of big agency bureaucracy and endless email ping-pong.

From Adshel’s industry eye-openers ‘How Agency Are You?’ and this year’s ‘How in Love with Advertising Are You?’ to OOH campaigns for charities The Royal Institute for Deaf and Blind Children and one-punch violence activists Step Back Think – you’ve probably already seen their work.

“Our work reflects our agility as an independent agency. We’ve put our heart and soul into every project to prove ourselves and I’m immensely proud of everything our team has achieved in our short history,” said Damian Damjanovski.

You’ve got to hand it to these guys – their success would make any restless creative want to drop everything and start critiquing their own logo designs. 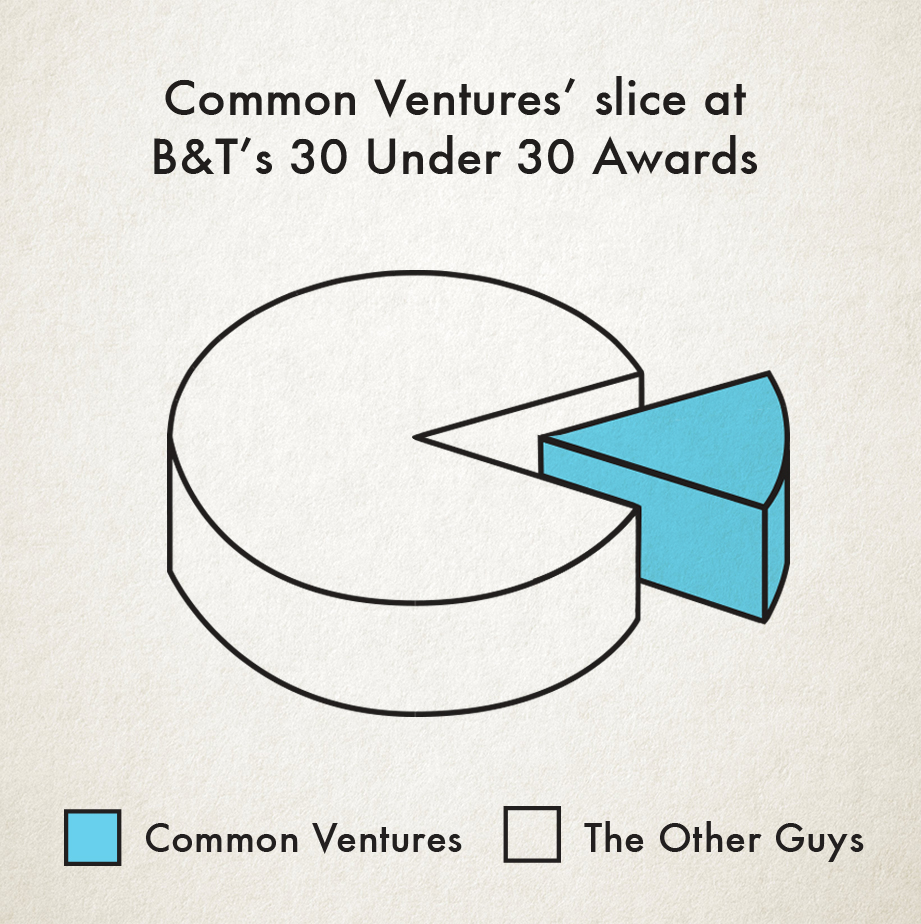 “It’s the scariest, most exhilarating thing I’ve ever done. And I play Goldeneye on the hardest setting,” said James Crawley.

We suggest you keep one eye on Common Ventures; not only as a play-by-play on how to survive and thrive in the agency start-up jungle, but also as a future employer – they’re growing faster than their Surry Hills terrace can hold them.

Did we mention their chill out zone is a blanket fort? They’ve really got this whole creative freedom thing down pat.