The Aussie judge of the British version of MasterChef, John Torode, has been so overcome by a contestant’s cooking it’s reduced him to tears live on air.

Torode was so overwhelmed by contestant David Crichton’s apple crumble mille-feuille he was overcome with emotion.

“Fabulous, fantastic and faultless,” Torode declared of the admittedly impressive-looking dessert. “Like honestly, it makes me well up – it’s that sensational.

“That’s what this competition is about where you push yourself to the stage where you make your own puff pastry and take the risk.

“You make a crumble, you make an apple pie, an apple tart, an apple milfoy and you take it to dizzy heights where it stirs emotion. Restaurant quality absolutely and a credit to you David,” Torode quivered.

You know a dish is something special when it gets a response like this from @JohnTorode1 ?? #MasterChefUK pic.twitter.com/lShaLF1dvl

And, yes, the social media savaging from viewers was as swift as it was brutal.

“#masterchef John in tears. Little jellied tears with a hint of smoked saffron,” one scallywag wrote. While another added: “John torode is pregnant I tell you. No way do you cry so much without pregnancy hormones @MasterChefUK #MasterChefUK.” 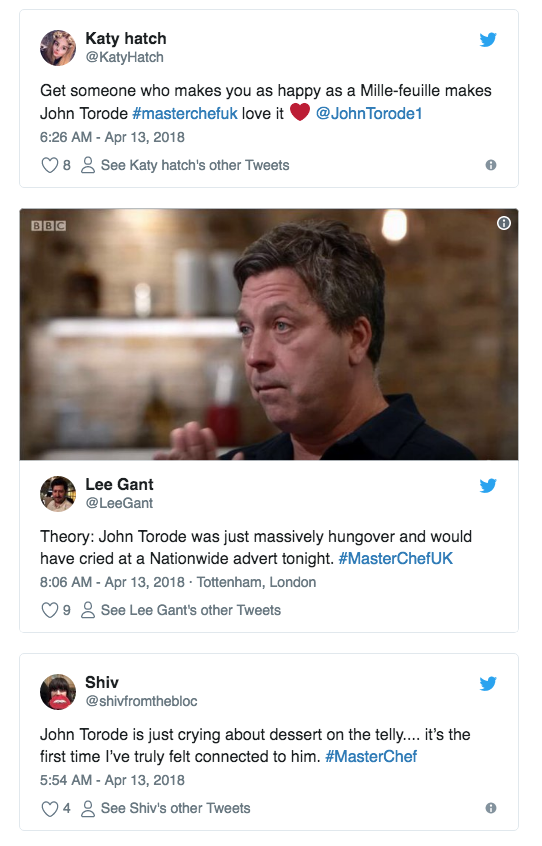 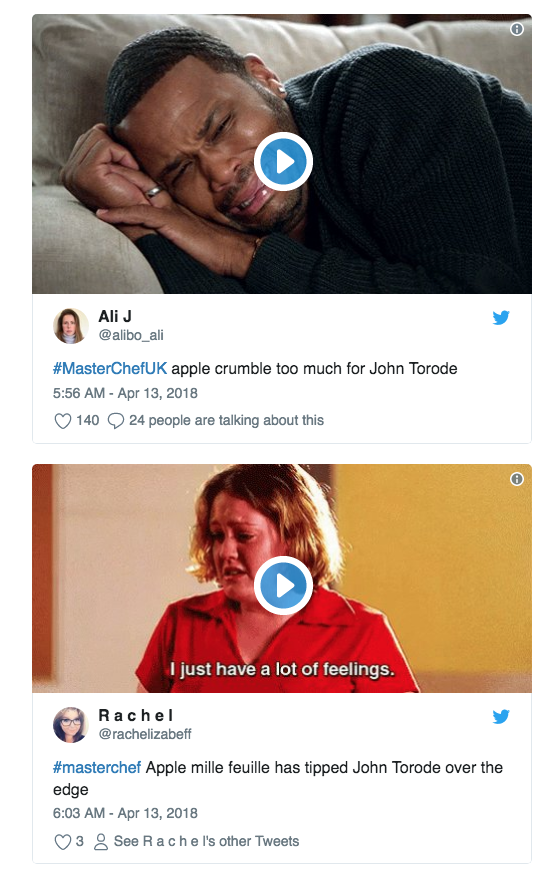