As Coca-Cola would well attest, you don’t meddle with the original.

And now iconic jeans brand Levi’s is suffering a similar backlash after it unveiled a new ’90s-inspired logo.

You could say the brand’s original red “bat wing” design is so entrenched in the fashion annals it hardly needed updating.

Check out the original below and the new-look logo underneath. 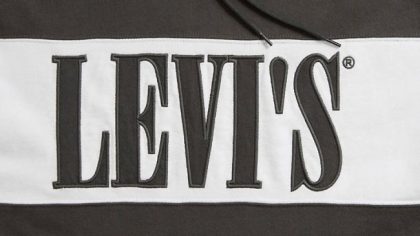 And, so what’s causing all the hate? Well, apparently people are saying the apostrophe in the new logo looks more like an exclamation mark and is intended to convey some deeper, hidden message (although no one’s managed to explain what said hidden message is supposed to be!)

Wearers of the brand don’t seem to care, however, the new look appears to have gotten under the skin of designer types who’ve taken to social media to voice their disgust. Here’s a pick of the vitriol (and some love, too).

“Stick it on a Classic Blue square and you’ve got Gap.”

“Another in a long line very ugly logo redesigns. I think the thing is that when a logo is off-balance or unattractive, it causes you to look at it longer like looking at a car wreck.”

“Screams ‘in-house’. No excuse, in fact, every instance of the logo I found used an apostrophe.”

“People will hate. But it’s bang on trend and will sell well.”

“It’s not a logo for type snobs who are quick to point out misuses of characters. It will sell well, and that’s its only purpose.”

“I’m going with foot mark by accident, mainly because I see SO many instances where people just don’t know how to type a proper apostrophe.”