While many eagerly anticipate new characters for illustrious brands and events to see what’s been created, Brad Doble, managing director of branding agency Designworks, says the launch of mascots is a “poisoned chalice”.

Yesterday Australia met blue koala Borobi who is the mascot for the 2018 Commonwealth Games in the Gold Coast.

Social media reacted with mixed messages. While some loved the concept of Borobi the koala – who shared his story on YouTube, his blue colouring coming from too many dunks from waves – others weren’t quite as keen.

Too, Borobi’s not doing anything for Ant Donovan, creative director at design agency Frost*Collective.

“A mascot is part of every major sporting event’s identity. I can’t remember one ever being good. Borobi is on par with the games’ identity – and, perhaps unfortunately, it’s what you’d expect. Bland,” he said.

“I think it’s the story that’s missing. We fall in love with Pixar’s characters overnight. They are part of a story first, merchandise second.

“It feels mascots need to be this way around too. ”

For Designworks’ Doble though, the reactions tell a lot about Australia’s passion for the Games.

“The development and launch of the Games mascot feels like a bit of a poisoned chalice – it’s an opportunity to tell a great part of the Commonwealth Games and Australian stories, but it’s always going to bring a lot of negative comments and critique with it,” he told B&T.

“The positive aspect of this criticism is that it reflects the depth of feeling people have for the Games’ mascots.”

Aside from building awareness and engagement of the Games, Borobi is designed to be commercially marketable.

“The Games mascot works as an instant form of branded entertainment that can be promoted, merchandised and form the platform for content,” said Doble.

“Will Borobi succeed on this front?  I think so. Borobi’s cute enough, he’s marketable, he’s got an engaging, if somewhat questionable, backstory.”

You can’t be this cute with no substance! Check out my story now. #BOROBI #GC2018 https://t.co/a4EUac3Unc

“It’s exactly what you’d expect for a mascot for these latest games Down Under,” he said.

“Dripping in Australian symbolism and commercially viable for merchandising targeted at a younger market. And, as a marketing device, it will work extremely well cross-platform – ideal for the modern omni-channel world.”

Mascots are always open for scrutiny when unveiled. When McDonald’s launched its Happy Mascot in 2015, social media was quick to vilify the wide-mouthed red box. 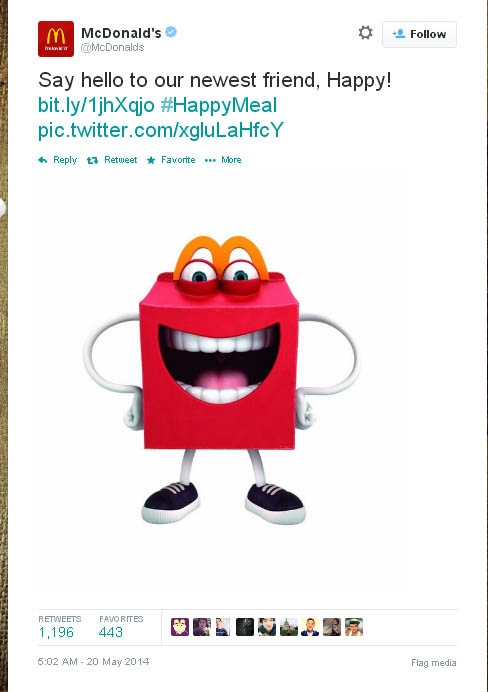 In the Borobi instance, Doble likens the reactions to the launch of the London Olympic Games mascots, Wenlock and Mandeville (pictured below). 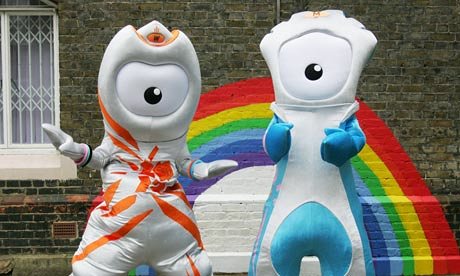 Yes, The Guardian branded the duo “offensively terrible, anthropomorphic characters”, however Doble reckoned from a commercial standpoint they did okay.

“Wenlock and Mandeville might have looked a bit strange and copped some flak at first, but what they successfully provided was an opportunity to tell the story of the origins of the Paralympics and Great Britain’s role in the first Modern Olympics,” he said.

Still, it all comes down to the target audience, of which Doble said he is not.

“Whether I like him or not is somewhat inconsequential – I’m not really the target audience,” he said.

“After the athletes have excelled and enthralled us and headed home, you can be sure there will be more than a few Borobis sitting on children’s shelves and on keyrings to help keep the memories alive.”