“We don’t believe social media should be used for marketing”, was the bold opening statement from keynote speaker at B&T’s Ministry of Sports Marketing conference and Jumpwire Media president Gavin McGarry.

“I don’t walk into many offices anymore where the CEO has a blackberry and says social media is a fad,” he added. 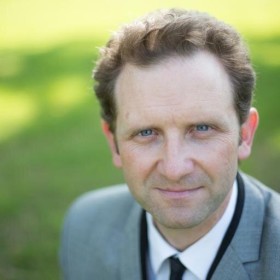 McGarry talked about the “newsfeed dwell time”, something he described as “one of the biggest shifts that has happened in human evolution”.

“Once upon a time we all “went” somewhere when we were Googling something, now we just sit in front of a bunch of algorithms on Facebook.

“You don’t have to have people click on anything to get a lot of data; people dwell on Facebook videos in newsfeed without clicking.

“We’re seeing all types of interesting things in non-chronological order. You go away for a few days, then come back and something your friend did a few days ago is at the top of your feed.

“And brands need to be aware of this because brands are getting crushed right now.”

McGarry had a bunch of “Facebook best practices” for attendees of the sports marketing conference, and we’ve whittled them down to these hot tips: