Advertise with us
Posted 6 September, 2017


On Friday night, Julia Zaetta won a Lifetime Achievement Award at B&T’s Women In Media Awards 2017. Zaetta is editor of Pacific Magazines title Better Homes & Gardens and is believed to be Australia’s longest-serving editor. Magazine Networks sat down with Zaetta to talk about forging a sustainable career in the media business and the tragic demise of the advertising lunch.

Julia Zaetta was born to be the editor of Better Homes & Gardens, even if she did tell a lie or two to get her foot in the door of the magazine business.

At 11 years of age, Zaetta was already a budding stylist staging homewares shoots in her bedroom. “I was making patchwork quilts, stealing stuff from the garden and putting it in pots so that I had indoor plants,” she says.

“I’d photograph it – my father who was a photographer had a Box Brownie camera –and then I’d restyle and shoot it all again.”

But Julia didn’t know this meant she was destined for a career in magazines. “I was told I had to go to uni and do a degree that was going to give me a career. So magazines were never even in the picture,” she says.

Still, she found herself driving around the suburbs in her hometown of Melbourne scoping out houses and gardens while being drawn to furniture and fabric stores. As an avid reader of House and Garden, that passion set the wheels in motion. She couldn’t put the magazine down and her boyfriend at the time encouraged her to apply for a job with the publication.

“And why would they employ me?” she said. “What do I know? And besides, we’re in Melbourne and they’re in Sydney.” He said, ‘Write them a letter. All you’ve got to lose is a stamp if you don’t get the job’.” That sealed the fate of her magazine career. 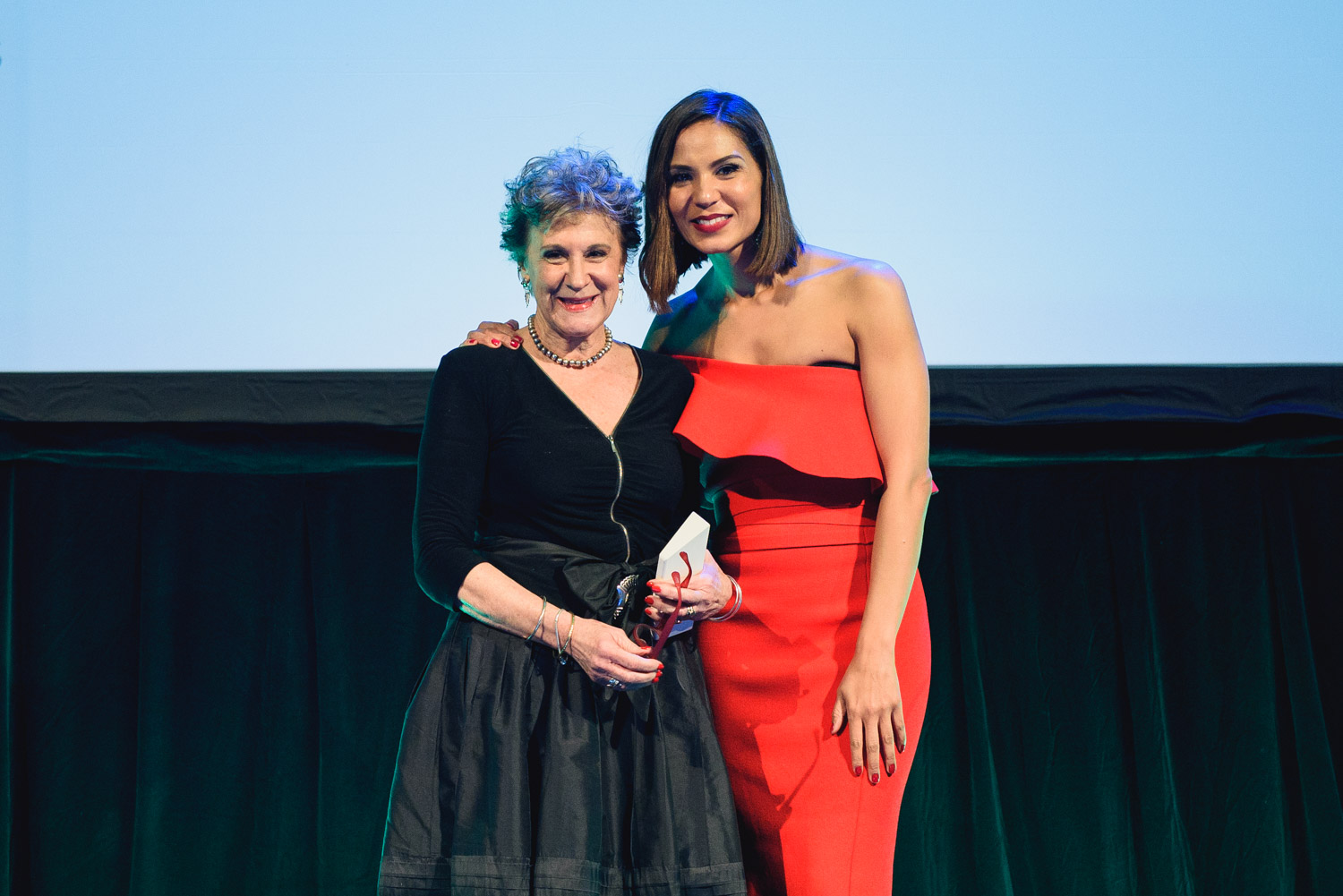 Julia Zaetta (left) being honoured with the Lifetime Achievement Award at the Women in Media Awards 2017 on Friday night in Sydney.

When asked if she could style or write decorating copy, Zaetta stretched the truth. “I said, ‘Absolutely,’ and I didn’t know how to,” she says. But she was prepared to learn quickly. House and Garden wasn’t looking to hire anyone but next door, Australian Home Journal was. Within 15 minutes of talking to the editor, Zaetta was employed. “I thought, ‘Oh, good Lord, I have to move from Melbourne to Sydney. My mother will sob and what am I going to do with my boyfriend?’ I moved up of course and it was the job from heaven,” she says.

For six glorious months, she was paid $147 per week as she cut her teeth in the magazine business. When the publishing company was bought by ACP, Zaetta was retrenched alongside many of her colleagues. Other magazine work followed before she landed at her rightful home, Better Homes and Gardens. Today the title is Australia’s most-read magazine, reaching 2,084,000 Australians a month across print, social and digital. The brand delivers a total footprint of 4.1 million touch points a month and has recently recorded a growth of 21% across its total audience year-on-year according to figures provided by emma and Nielsen.

“I’ve certainly not known much else aside from magazines – a bit of TV, bit of radio. But it’s been a lifelong, fabulous, wonderful, totally enthralling, invigorating career. Stimulating to the end,” she says from her uniquely decorated office in Media City beside Sydney’s Technology Park.

As any journalist or editor will tell you, one of the greatest challenges of an ongoing career within a specific vertical is keeping things fresh. For Zaetta, it helps if you love what you do.

“You have to absolutely relish the content you’re working with and does it get much better than food, gardening, decorating, renovating or craft? No, because that’s what all our lives are made up of – it is what gives us home and family and makes us happy,” she says.

Nearly four decades of home magazines must be the ultimate litmus test for the famous saying, ‘There is nothing new except what has been forgotten’ but that doesn’t deter Zaetta.

“How many kitchens can you do? How many bathrooms? How many stories can you feature on orchids? Millions, because every image has something new in it. It’s like music. Every tune is individual. Another orchid story? Yes, please, because I might learn one small thing that I’ve not learnt before, or finally be inspired and courageous enough to grow them. While the content remains the same, it’s ever-changing,” she says.

Ultimately, the readers and their response, make it all worthwhile. “It’s like an affair between us and our people,” says Zaetta.

In her nearly forty years editing magazines, Zaetta has seen waves of change wash over the industry.

She has seen first-hand how the onset of digital has affected the way magazines are produced although she doesn’t see it as a negative – pointing to the success of Better Homes & Gardens e-commerce site BHG Shop as a “wonderful new revenue stream” for the brand.

She laments the reduction of a three-way relationship between the client, the agency and the magazine because she misses the once great advertising lunch. She says: “Clients are so much fun. And they are full of information. Those lunches were fabulous. They started at midday on Tuesday and ended at four o’clock Friday afternoon. They were great.”

In Zaetta’s view, brands and agencies benefit enormously from partnering with editorial teams as it fosters collaboration. “You always learn so much in terms of what the client wants and needs from you and what you can deliver to them. Because we’re all in love with the same person, the customer, and if we can deliver them more customers by virtue of what we do with their product, the customer is happy, the client is happy and so are we: everybody wins and that’s the best feeling of all,” she says.

As Zaetta received a standing ovation at Friday’s B&T Women In Media Awards, she shared a few powerful words of advice that she’s learned along the way in her 40-year career history:

“Firstly, it’s imperative that you love what you do and you love the people you work with. I’ve also learned that you must never, ever give up. You have to fight really hard for what you believe. Don’t be afraid to keep on asking for what you want for your product, your people, and particularly your customers,” she said.

“And lastly, in terms of customers, you have to love your them more than anything else – because if you love them above all, they will love you back and you will always have a business – and a great one at that.”