September can mean only one thing for Jack Daniel’s fans – the chance to celebrate the birthday of the legendary craftsmen whose name has become synonymous with whiskey lovers all over Australia.

To mark the occasion, Jack Daniel’s is toasting the great man with its biggest and most ambitious celebration yet – The Bar That Jack Built on Tour!

Because no-one is sure of his exact date of birth, Jack’s birthday is celebrated for the whole month of September, with events getting bigger and bigger every year. In 2014, Jack Daniel’s created the world’s first crowd-sourced bar in Sydney to celebrate Jack’s birthday and honour his craftsmanship, style and uniqueness. This year, it was taken to a whole new level with the creation of the world’s first bar built on tour, completely crowd-sourced by fans. 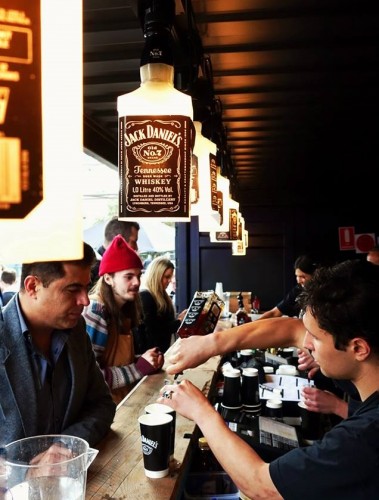 Supported by Mack Trucks Australia, Jack Daniel’s hit the road this Spring with a regional tour taking in six regional cities and towns across New South Wales and Victoria, starting in Wollongong and ending in Geelong. Fans were given the opportunity to join dedicated workshops in each town, build props and furniture for the bar or donate materials/items, making a contribution to the legend of Jack in their own way.

Electricians, carpenters, joiners, technicians, finishers, artists, designers and regular Joes all donated their time and expertise to turn the idea into reality. The reward? Whiskey! That’s right, fans literally worked for Jack, not to mention a chance to get their hands on an invitation to celebrate Jack’s birthday in style – in the very bar they have helped to build.

First unveiled at Melbourne’s Federation Square Paddock, “The Bar That Jack Built” will be open to the public in Sydney at Parramatta Parklands for a three-day Jack Daniel’s birthday event from 25-27 September.