Independent agency The Hallway has promoted former head of technology, Brad Bennett (pictured below), to strategy director, with a particular focus on data and CX. 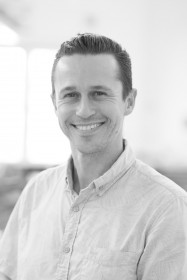 The promotions signal the agency’s ongoing commitment to data driven creativity, having been appointed to the ANZ account in 2016 and hiring strategy director Mat Rawnsley in May.

Brad joined The Hallway in 2011, having moved to Australia from New York in 2010, to work closely with founder and CEO Jules Hall and ECD and creative partner Simon Lee. Over the ensuing six years, he has been integral to both the agency’s leadership team, and its award-winning culture.

Rebecca Chalmers has been with the agency for the past three years, leading large-scale digital projects for clients like AstraZeneca, Disney, and the Bank of Queensland. Prior to The Hallway, she worked in senior production roles at Soap and TEQUILA.

“Bec and Brad are great examples of the next generation of leaders in our industry”, said CEO Jules Hall. “They are ambitious but incredibly focused on their teams’ success, not just their own. They are also naturally entrepreneurial, which is something we embrace here. We’ve encouraged and supported their respective side-hustles – Bec’s series of gift books and Brad’s Tanzanian educational not-for-profit, Jiamini – and we hope they continue to grow, innovate and create good karma in their new roles!”

Bennett is keen to further enhance The Hallway’s data and analytics capabilities in both Sydney and Melbourne: “I have always been an evangelist for end-to-end thinking, from gathering and analysing customer data, shaping real human insights, to designing beautiful IA and CX, through to delivering real utility to our clients’ customers and measuring the results in real-time. The Hallway is already fusing data and creativity to produce affective ideas, and I’m looking forward to taking it to the next level.”