A new Road safety campaign from Paris agency La Chose for Sécurité Routière has a strong message:”Kill or get killed. Was it worth reading that text message? Or answering that call or that email?”

The outdoor and print campaign, which follows several award-winning collaborations, centres on the use of phones while driving, drawing in the viewer’s attention with taglines that focus on consequences, making viewers consider what it would feel like to be responsible for an accident.

In its new poster and radio campaign, released on April 2nd, Sécurité Routière highlights the absurdity of people’s compulsive use of the telephone behind the wheel in light of the huge risks incurred. 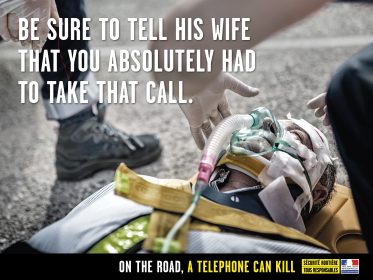 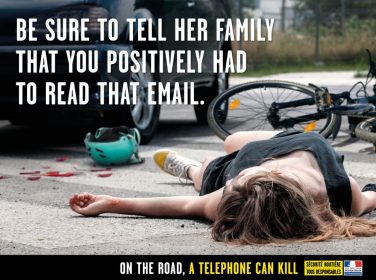 These dramatic statements, printed over images of lifeless bodies, draw the attention of road users to the dangers of mobile phone distraction.

La Chose On The Road