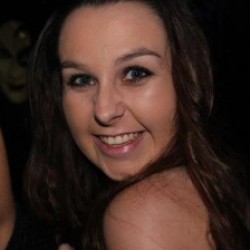 
Last week, PayPal was broadly criticised for putting up an all-male panel to discuss – wait for it – gender diversity.

While PayPal and the men on the panel clearly had their hearts in the right place, it highlighted again the lack of female representation on corporate stages around the world.

This is hardly the first time the lack of female speakers has been thrown into the spotlight, with a tumblr blog titled “All male panels”, naming and shaming the corporate organizations and government departments responsible.

In response to the unconscious (and often conscious) sexism that is still present in the corporate speaking and conference industry, five of the most often booked male speakers on Australia’s professional speaking circuit have banded together to drive a boycott of all male panels.

One of these speakers is Dan Gregory, CEO of The Impossible Institute, behavioural researcher and strategist, author and regular panellist on The Gruen Transfer.

“We believe that it’s time to force the issue and change the game,” said Gregory.

“There are plenty of women who are experts in their field and highly talented speakers. And, to steal a line from Canadian Prime Minister Justin Trudeau, ‘It’s 2016’.”

The group, also including Matt Church, Dr Jason Fox, Dr Adam Fraser and Darren Hill, are encouraging their peers in the professional speaking industry to do likewise and refuse to participate in all-male panels.

“The thing is, research tells us diversity makes groups smarter, so why are we dumbing panels down?” Gregory added.