There’s no doubt many organisations struggle to drive innovation on an ongoing basis, particularly in this day and age, so a presentation from Dropbox’s Daniel Iversen (pictured below) at the Adobe Symposium yesterday was just the ticket. 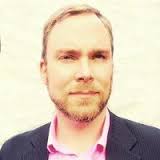 Iversen began his talk by identifying what he believes are the three different approaches organisations take to drive innovation.

Iversen said no organisation will really admit to using this model, but it is still quite common.

“One of the big problems with this approach is that you’re not really capitalising on the intellectual horsepower within your company and the capabilities of your teams,” he said.

This model is a little bit more crowdsourced, according to Iversen, and can take the form of a physical suggestion box, email or an internet forum where people can submit ideas on what the company should be doing.

“That doesn’t work either, because obviously there’s a big gap between the people who’ve got an idea and the people who are supposed to evaluate and champion those ideas,” he said.

The way Dropbox has always worked has been more akin to creating “a delicious soup”, according to Iversen.

There are three key ingredients for Dropbox’s broth, the first one being around creating an explicit values culture.

“This is the number one thing that lays the foundation for innovation,” Iversen said.

Dropbox breaks its values down into three categories:

The second ingredient of Dropbox’s soup is to do with giving everyone context.

“It’s about people having the right information to make the right decisions and be on the same page,” Iversen said.

“Everything is very open and transparent at Dropbox. Even the CEO’s calendar is available for all employees to see.”

The third and final ingredient of Dropbox’s recipe is all about setting expectations – “the mutual contract between the company and the employees”, Iversen said.

According to Iversen, innovation at Dropbox is 80 per cent from the bottom up.

“We need people to own issues, be worthy of trust and have an explicit creative freedom,” he said.

One of the initiatives that Dropbox undertakes each year to help it remain innovative is called ‘Hack Week’.

Iversen said the 120-hour internal event is different from a normal hackathon because it’s an extremely immersive environment.

“People don’t do their day jobs for 120 hours – sales don’t sell, engineers don’t work on their daily activities,” he explained.

“The problem with your average company hackathon is that it’s too easy to say that something is too hard, but imagine if you had a whole week to assemble other smart, passionate people around you to do new things that were previously deemed impossible.”

Iverson added that Hack Week is as much about the innovation that comes out of it as it is about learning.

“The curiosity that it breathes is infectious,” he said.

“It defies the status quo – nothing is off the table – and it really changes the way you look at innovation and what your part in the company can be.

“We know that 30 per cent of our roadmap comes directly out of Hack Week – that’s not even talking about the flow-on information, but new features.”