Carat social media manager, Alexander Southwick (pictured below), ponders the impact on the medium, as well as the brands behind some of this year’s biggest social media fails.

This month we had one of the more notable social media fails of 2015, the Victorian Taxi Association’s #YourTaxis campaign. Setup to allow the people of Melbourne to share their (ideally positive) Taxi stories on Twitter, the tag quickly spiraled out of control, with many users sharing their Taxi horror stories instead. 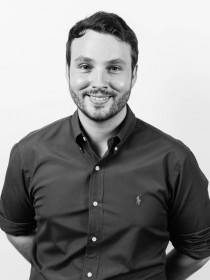 Ultimately the campaign was deemed a failure, with the social agency responsible reportedly being taken off the account after an awkward and inappropriate follow up Tweet on Remembrance Day. Even so, I’m left wondering – were The Victorian Taxis Association and / or their social agency the real losers last week? Or was it Twitter?

PR disasters like the #YourTaxis fail aren’t all that uncommon on the platform, with brands like Qantas and McDonalds also recently facing the ire of users.

As marketers, there’s always a certain degree of risk associated with opening up your brand to the kind of two way customer conversation that social platforms like Twitter facilitate. You have to wonder just how far incidents such as the #YourTaxis fail go toward proving the old adage, ‘once bitten, twice shy’, from a client perspective.

Even if it’s not your client directly caught up in the mess, the halo effect of such a public humiliation is widely felt. The end result is that brands and clients retreat to the relatively security of more traditional platforms; ones where consumer’s voices and concerns aren’t necessarily so easily aired.

Surely this problem can’t just be limited to Twitter though; users on Facebook are just as capable of sharing complaints. Facebook, however, just doesn’t feel nearly as public.

Firstly, the format of Facebook encourages more direct communication – you write on a brand’s page, for example – rather than the general broadcast format of Twitter. This ‘broadcast’ element is facilitated largely by the enormous uptake of hashtags. Facebook also allows brands to exert more control over what is said about them through functionality such as ‘approved posts’, which gives a greater sense of security.

As an agency, it’s also a more difficult argument to make to remove Facebook from the channel mix with their reach sitting at around the 14m mark in Australia, versus Twitter’s 3m.

The fact is, Twitter still has a little of the ‘Wild West’ about it for brands. With this is mind, when it comes to selecting one platform over the other, the client and agencies tend to lean towards Facebook, as the perceived ‘safer’ option.

Despite these issues, I would still assert that Twitter has its place in any business. I think the role that it plays as a marketing platform, however, may change.

Perhaps it will evolve into the new customer service channel for brands, as opposed to a marketing one, allowing brands to transition negative feedback away from Facebook to a separate environment. It may also be that Twitter has to change the way that advertising functions on the platform, as ad products should be designed for advertisers and not for users to abuse, something that promoted trends and hashtags are currently susceptible to.

I’ve heard people say that these problems could’ve been avoided through better tag selection or proper risk mitigation strategies, however I think that this kind of thinking also limits the opportunities for brands on Twitter.

It’s worth noting that almost any tag or ad can be misconstrued in such a way that it causes brand headaches. Take Susan Boyle’s album launch in 2012 for example. I refuse to believe that the hashtag #susanalbumparty made it through PR, Creative, Media and the Twitter teams without someone at least raising an eyebrow.