She might be under a court ordered gag order, but the irrepressible Amber Harrison has still managed to have a dig at her detractors, her former employer and journalists via her Twitter account.

Over the past 48 hours, it has been reported that Harrison ran up $534,355 on Channel Seven company credit cards when she was employed at the network from 2009 to 2014. Harrison was later terminated for alleged misuse of the cards and after her affair with Seven CEO, Tim Worner, became public.

Reports of the massive spending have primarily come from The Australian Financial Review who are in possession of a 25-page Deloitte document which outlines the spending. It’s unclear how The AFR came to get the sensitive document and media reports have suggested it may have been leaked by a Seven insider.

In an article on Tuesday, The AFR documented a raft of swanky Sydney restaurants that Harrison had apparently eaten at and signed the bills for, to which she tweeted: 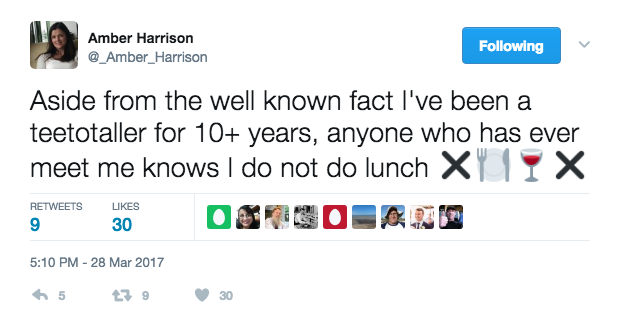 However, as one wag tweeted back, “So you are a teetotaller but love cocaine – interesting”. A reference to Harrison’s partying with former lover Worner. 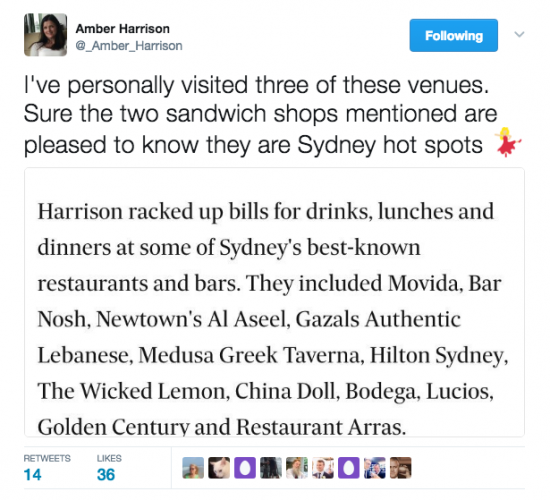 Harrison also outlined her frustrations that she was unable to comment on articles that had been written about her following the gag order that prevents her from speaking to media or posting sensitive documents allegedly in her possession on social media. 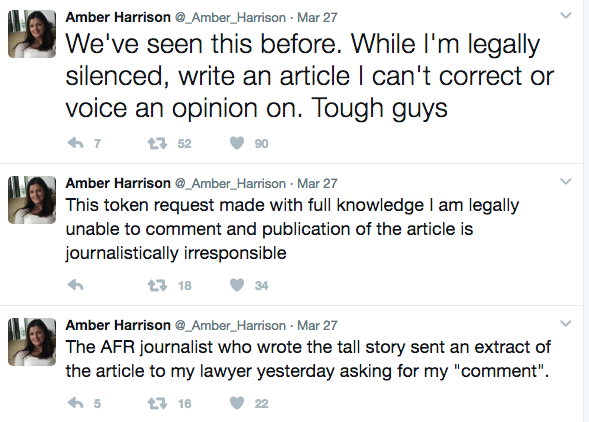 Harrison also managed to weave the current Google ad ban into a subtle dig at her former employer. In the tweet below she notes that Coles and Woolies had pulled ads after they’d appeared next to misogynistic YouTube videos. 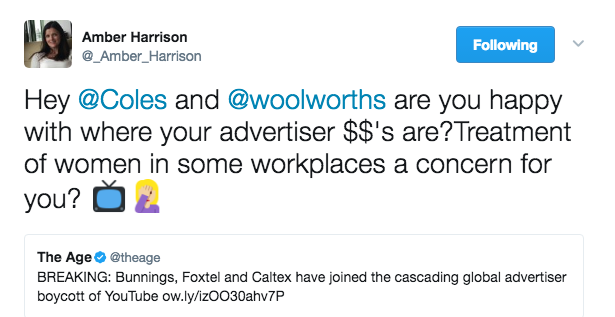 While this beauty was a direct attack at Seven, naming former Seven presenter Talitha Cummins who is suing the network for false dismissal and Amy Taeuber, a Seven journalist from Adelaide, who settled out of court following allegations of bullying and false dismissal. 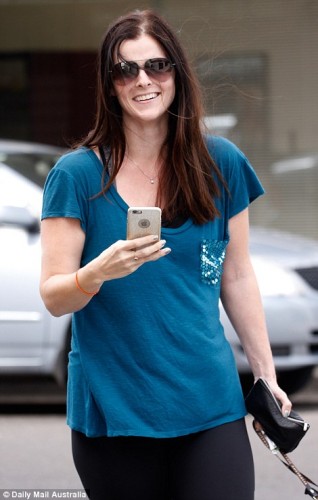 Picture per The Daily Mail Australia.