Advertise with us
Posted 4 February, 2019


In this guest post, Vizeum’s head of strategy, Aliya Hasan (pictured below), argues brands that fail to connect to Australia’s multicultural base are missing a golden opportunity…

The social fabric of Australia is being re-woven as we speak. Once the secluded ‘Lucky Country’ is now an epitome of rich and thriving cultural diversity. Our ethnic cohorts are no longer pockets of profitability, they’re fast becoming the new normal. 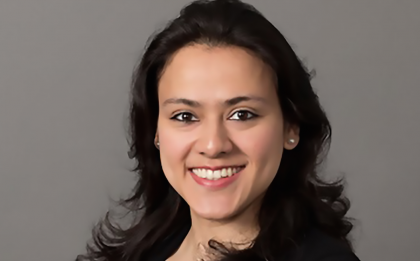 Despite this, marketing remains largely stagnant and consumers’ tremendous purchasing power untapped. We seem to be stuck on a default setting, instead of leaning in to strategically navigate this new reality.

Isn’t it time we side-step our biases, peel back the layers of preconceived notions and better equip ourselves to connect with modern Australia?

Although Australia has always been a successful nation of settlers, we can’t consider the canvas of modern Australia without addressing the more recent blending of the East and the West. Typically seen as lucrative for macro categories such as real estate, education, automotive, luxury – the Asian influence is now growing into micro areas such as FMCG, health, beauty and travel. All you need to do is look at urban supermarket aisles to see this playing out.

SBS explored the impact of these dynamics on our national psyche through their research ‘Who do we think we are?’ and ‘Australia Grows Up’. The 2013 wave revealed a tension, with most Aussies recognising their foreign roots but feeling anxious about new entrants not adopting local values. Fast forward to 2018; we’re more open and appreciative of our place in the world. Driven by a desire to create, connect, learn and experience; Aussies are in fact now being critical of Australia – with a decline in perceived diversity.

We live in a world where dating apps are increasing multi-cultural relationships and movies like Black Panther are breaking box office records. Our cultural curiosity is an all-time high and yet stereotypes prevail.

So how can we harness the powerful constructs of culture without resorting to lazy and, quite frankly, dated stereotypes?

Cultural codes are not only pervasive through behaviour but affect cognitive processing. A neuroscience study showed deeper engagement with TVC soundtracks and price triggers amongst the Chinese vs. Australian viewers. Whilst tempting to typify as price sensitivity, the reality is ‘value sensitivity’, attributed to higher scores on the Long-term orientation dimension whereas Australia displays Short-term orientation.

Stereotyping has been much maligned for yielding romanticised, fetishised or misunderstood representations. We need to move on, we need to learn how to separate cultural codes from clichés.

Is our industry trying to absorb and take advantage of these cultural currents sweeping across our shores?

Whilst the landscape seems littered with misses from well-meaning brands such as Dove getting caught in the accidental crossfire of controversy, the hits are starting to appear.

One of the most striking statements of cultural recognition was MLA’s “Aren’t we all boat people?” campaign, which made its point with elegant simplicity and wit and, in turn, earned the praise of many.

We’re also seeing positive initiatives from Farmer’s Union – showcasing our very own backyard as a place to discover and satiate our worldly interests; and Optus who have turned their social media rep., Dan, into a national hero.

A wealth of opportunity awaits

As progressive businesses we must recognise the emergence of an evolved national identity and allow it to permeate all the way through. The solution extends beyond diverse casting in ads. It lies in acknowledging differences without being patronising or polarising. This requires significant but achievable shifts:

Get better at adopting a holistic communications approach No longer treating multi-culturalism as a separate entity but working towards adopting a cultural connections strategy that lives within our annual planning. Whilst it almost seems ‘on trend’, simply celebrating social change is not a shortcut to success. We must mean it and commit to it.

Step outside the local bubble It makes a lot of sense to turn to Asia as a sphere of influence – look at brand behaviour and engagement patterns. For instance, the e-commerce appetite of millennials in China or the propensity for long-form video amongst Indians, elements likely to be mirrored by residents here.

Go back to segmentation basics – use it across the campaign journey Decision making for Collective vs. Individual communities can differ. Profile them into meaningful segments and take the time to understand them just like all other audiences. For those who typically test campaigns, recruit them within your wider sample.

Pay close attention to Content and Context Improper adaptation can repel instead of attracting. For instance, translation isn’t always the answer. In targeted, intimate mediums it can create familiarity but can also be a hindrance in some channels. Category nuances play a role too with varying permissibility and needs. There are ways we can craft our content beyond language – think symbolism, colour, numbers, music, storytelling.

We’re being offered a rewarding tapestry of audiences to build brand affinity and accelerate business growth. I am indeed advocating that all of us should be waking up to this opportunity. It really is about balancing how our broader communications are influencing these audiences with deciding if or how we execute bespoke tactics that aren’t disjointed from our proposition.

Put simply: we must strive for progress over perfection. If I might borrow the wise words of Confucius to leave you with, “It does not matter how slowly you go as long as you do not stop.”