The Crusty Demons of Dirt are back, better and dirtier than ever in 2019! Arriving at Australian shores with our biggest tour yet, Crusty Demons are set to entertain more Aussie cities and towns than ever before.

The huge national tour is set to kick off this coming August with pre-sale ticket registration launching on Monday the 18th of March, which enables customers to purchase the pre-sale allocation on the 27th and 28th March. True believers will be blessed with some of the most radical, death-defying stunts known to man. Remaining tickets will be released to the public on Friday the 29th of March for those who missed out. 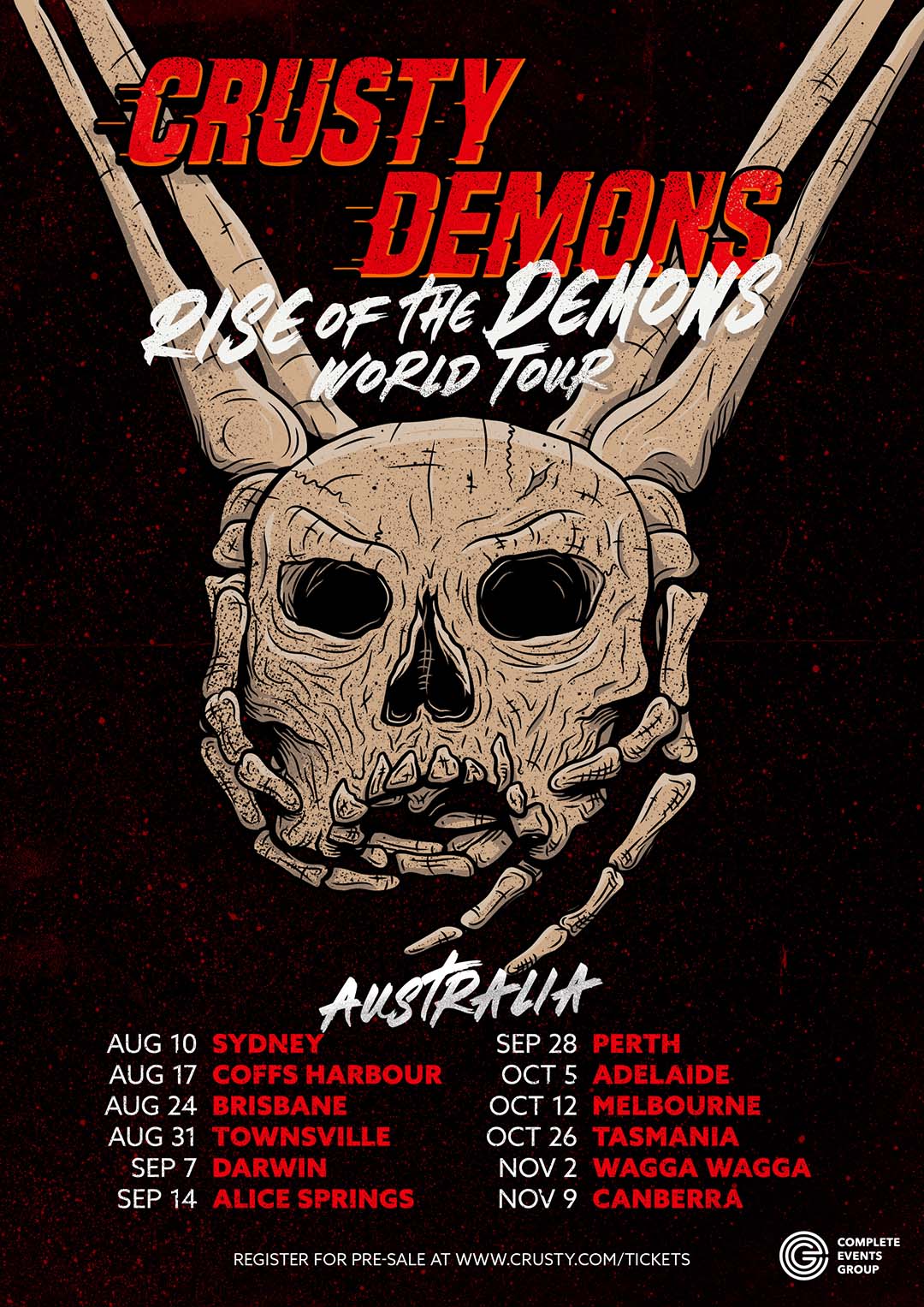 We are bringing back some of your favourite Crusty Demon OG’s along with some new blood that will go bigger, faster, higher, and more insane than before. Dirtbikes, new tricks, Crusty babes, carnage, along with incredible production, all set for one hell of a show. This tour is not something you’re going to want to miss. Front flips, double backflips, 360’s, you name it, the Crusty Demons are taking Action Sports shows to a whole new level.

We are excited to be bringing the Quarterpipe into play and some heavy hitters to be flying 30ft above the ground. Crusty Demons are the original dirt bike superstars and we are raising the bar for our fans and going big.

Be the first to get your tickets by registering early to the motocross extravaganza of 2019. With a whole new show and line-up, this is an experience every freestyle and supercross fan cannot miss out on!

The Crusty Demons of Dirt