Budget night has come and gone, and it’s not surprising that everyone — from political parties, journalists and the public — is voicing their opinions on what the government did right or wrong.

News and social media insights company, Meltwater analysed conversations that took place pre-and-post budget in the news and on social to uncover the topics and issues were most important to the media and the public…and most importantly, whether our government bothered to listen. 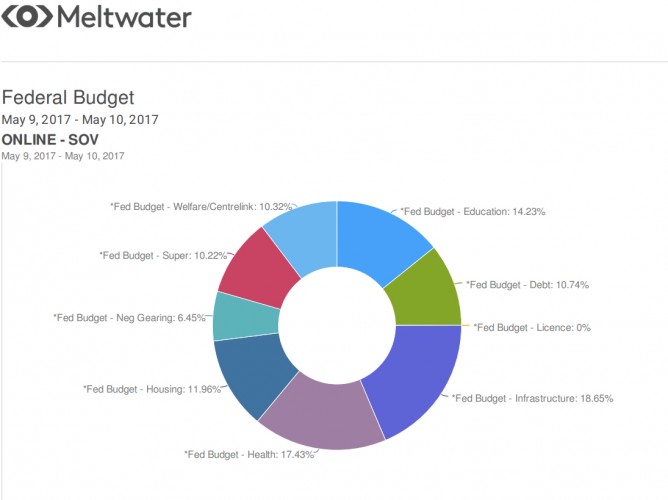 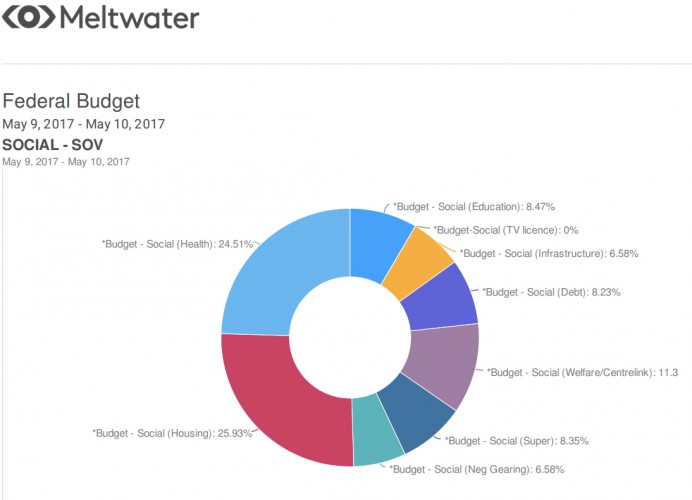 Topic breakdowns across news and social media from the past 24 hours show the disparities of what the Australian public cared about, compared to the media. While housing was only 11.96 per cent of the conversation in the news, it took up over a quarter of the discussions on social, with a 25.93 per cent share of voice. The second most talked about topic online was Healthcare, with a 24.51 per cent share.

Meltwater also looked into the sentiment of these topics, both on social and in the news, to reveal what people were most up in arms about. As an example, we have included the sentiment around Centrelink and education below:

The Coalition’s crackdown on welfare payments for jobseekers who miss Centrelink appointments and the commencement of a new drug testing trial for welfare recipients was an extremely contentious issue. Conversations surrounding these new measures was overwhelmingly negative across online news (56.8 per cent) and social media platforms (75 per cent).

Students were among those hit hardest by last night’s Federal Budget with changes including major cuts to university funding, a significant increase in student fees over the next four years and earlier repayments on student debt. It comes as no surprise that sentiment pulled from online and social media conversations was, for the most part, negative.