Advertise with us
Posted 3 December, 2019


A week since becoming the highest grossing global debut of any animated film in history, Frozen 2 has smashed box office predictions in Australia, opening with an incredible $9.7M.

It has attracted an avalanche of audiences, with 587,000 people seeing it in just four days – the biggest opening weekend of any animated film in 2019.

Val Morgan forecasts it will deliver an audience in excess of four million to become the highest grossing animated film of 2019, surpassing the record of $41M set by Toy Story 4.

Guy Burbidge, MD of Val Morgan commented: “We are very excited with the results from the opening weekend of Frozen 2.

“Given the success and following the first film generated, the movie is destined to continue to deliver strong audiences and presents a great opportunity for brands to leverage and align with premium, family content in the lead up to the Christmas retail period.”

With six films having already broken the $1 billion mark internationally in 2019, Disney Studios has experienced its biggest year ever at the Australian box office. 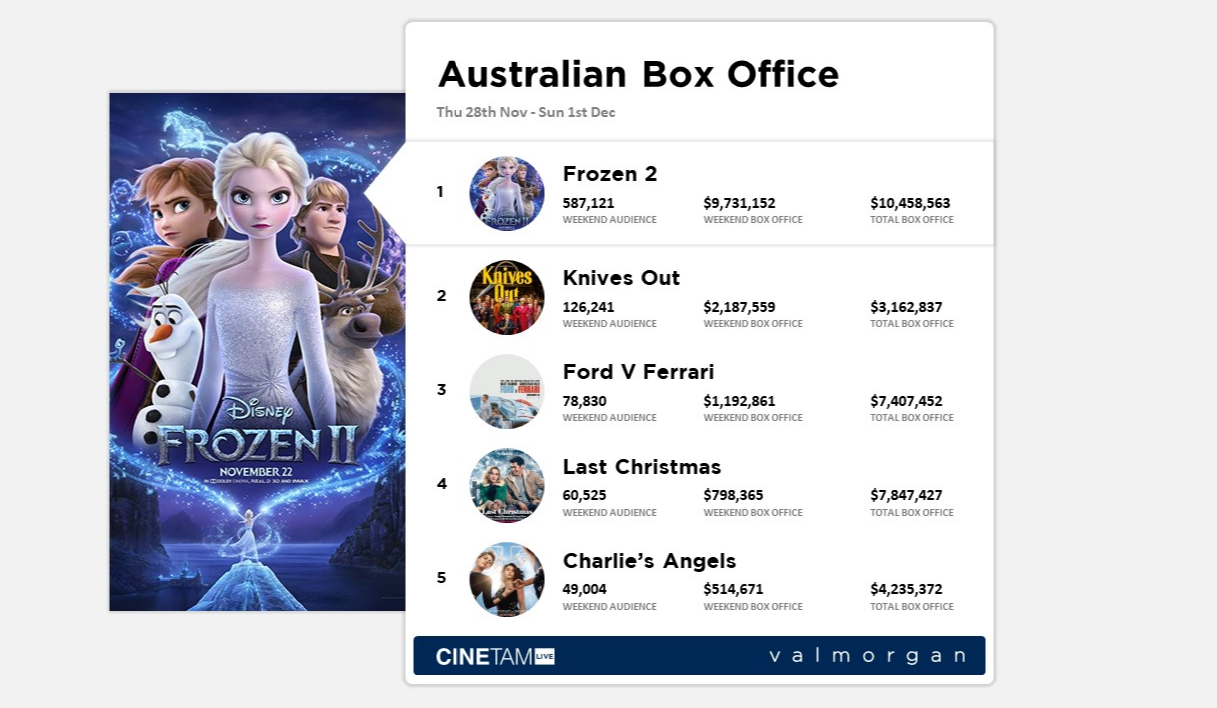