Readers are questioning the judgement of Good Weekend editors after the magazine featured beleaguered MasterChef host George Calombaris on its cover over the weekend surrounded by what appears to be a halo.

Published by Nine and inserted in the weekend editions of The Age and The Sydney Morning Herald, the magazine’s cover showed Calombaris in a meditative state with the words “It saved me at a point in my life where I hit darkness”. The cover was part of a larger feature on the mental health of chefs and hospitality workers.

Last Thursday, Calombaris was fined $200,000 by the Fair Work Ombudsman after his restaurants were found to have underpaid staff nearly $8 million.

There has also been a concerted online campaign for 10 to terminate the 40-year-old from his MasterChef role.

Good Weekend editor Katrina Strickland took to Instagram to apologise for the cover, blaming it on early print deadlines. 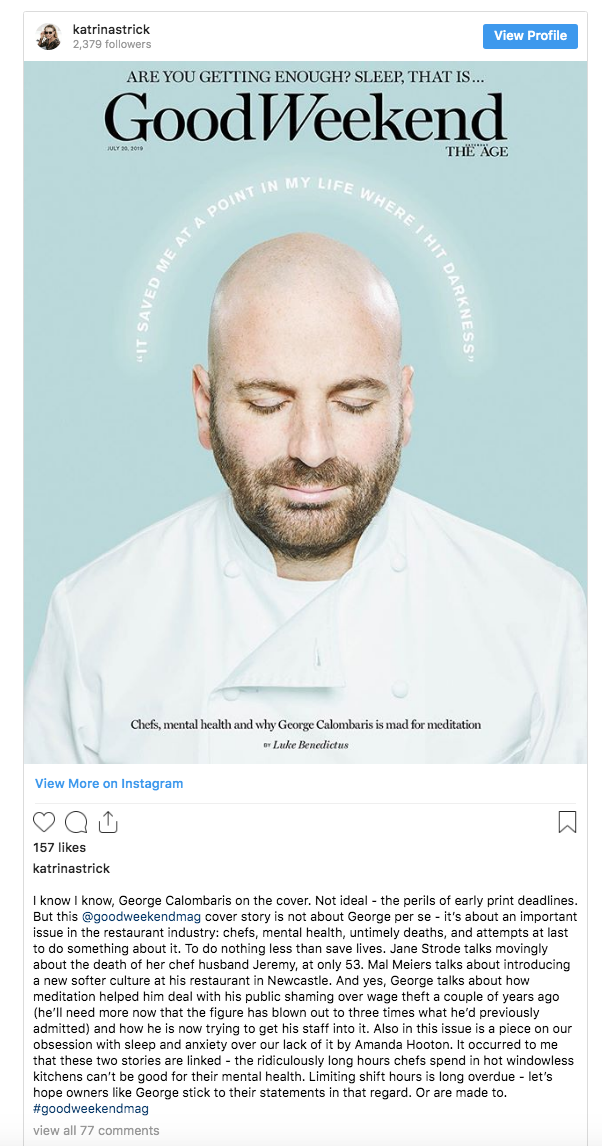 “I know I know, George Calombaris on the cover. Not ideal – the perils of early print deadlines,” Strickland wrote.

“But this cover story is not about George per se – it’s about an important issue in the restaurant industry: chefs, mental health, untimely deaths, and attempts at last to do something about it. To do nothing less than save lives.

“And yes, George talks about how meditation helped him deal with his public shaming over wage theft a couple of years ago (he’ll need more now that the figure has blown out to three times what he’d previously admitted) and how he is now trying to get his staff into it.”

Apparently, the story was then heavily edited for online, removing many references to Calombaris.

However, social media were less kind, pillorying the Good Weekend for its cover choice.

“GC is a thief & a criminal. He belongs in jail, not on the front page of the GW,” wrote one.

“Great imagery making him look like an angel – I’m sure the workers don’t think that!” penned another.

While another fumed: “Classic bullshit cover up special……nothing but a common thief.” 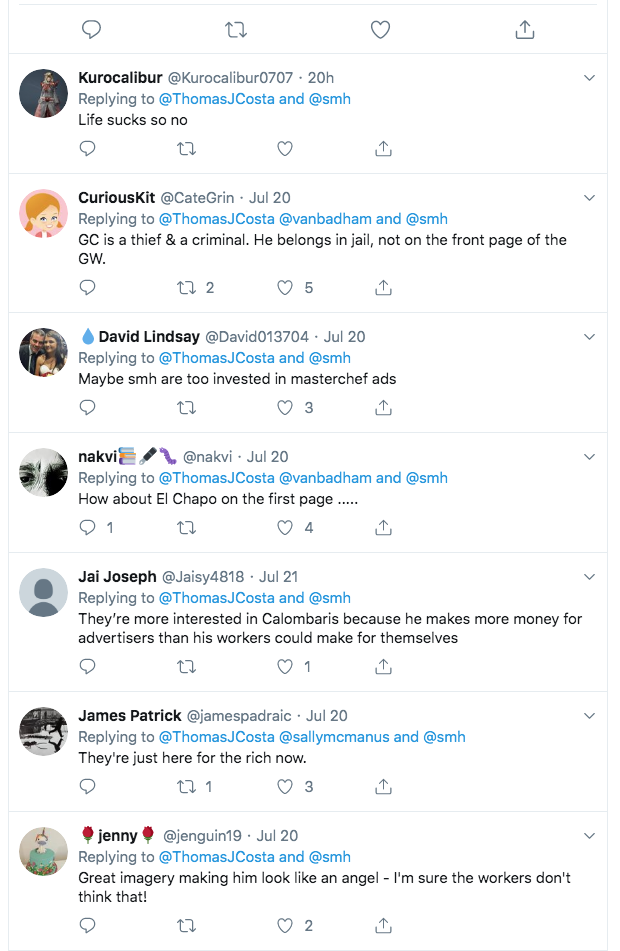