The Australian subscription television industry has announced the winners of the 2016 ASTRA Industry Awards, following a glittering industry event in Sydney last night celebrating outstanding achievements by individuals and channels.

Hosted by Australia’s Next Top Model’s Alex Perry (pictured above with Rising Star winner Ellen Dedes-Vallas), more than 200 guests applauded finalists and winners of the annual awards, which recognise excellence in marketing, advertising and promotion across Australia’s subscription television industry.

“The ASTRA Industry Awards is a welcome celebration of the extraordinary individuals and teams who work tirelessly behind the scenes,” said ASTRA CEO Andrew Maiden.

“The calibre of this year’s finalists and winners is impressive and demonstrates the depth of talent in the subscription television industry. These talented professionals represent the future of television, and the future is bright.”

Across 10 categories for both individual and team awards, FOX SPORTS was recognised with four ASTRAs (below). 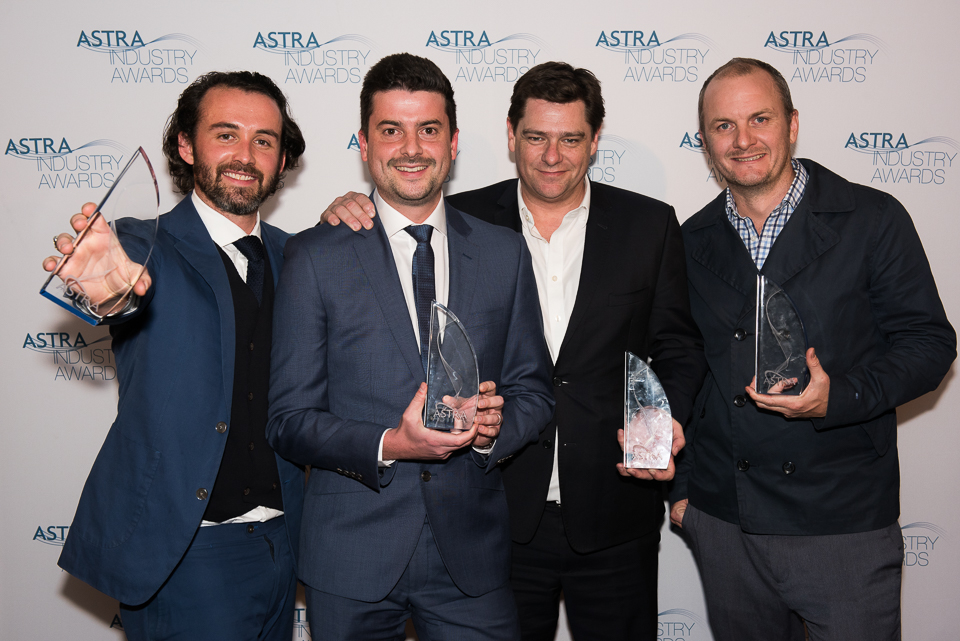 Nickelodeon won two awards, while MTV and Comedy Central picked up an ASTRA each, bringing Viacom’s total to four. FX and Foxtel (Premium Entertainment Channels) each won an ASTRA.

In the individual awards, the coveted ASTRA for Television Professional of the Year was awarded to FOX SPORTS’ executive producer Ben Jones, for his leadership in managing an extensive portfolio, including FOX SPORTS NRL.

The ASTRA Creative Professional of the Year was awarded to Foxtel’s Lisa Frederickson, lead creative for the Comedy Channel, while the Rising Star award was presented to Nickelodeon Junior Producer Ellen Dedes-Vallas.

Check out the full winners and finalists list here:

Television Professional of the Year (in a role other than creative, marketing or communications)

Creative Professional of the Year (in a marketing or communications function)

Most Outstanding Campaign under $50,000

Most Outstanding Innovation (use of technology)