Advertise with us
Posted 5 September, 2014


Adlanders have been dipping into their bag of tricks to grab consumers’ attention for yonks.

The big, the small, the fuzzy and furry – animals featured in commercials notoriously bring us joy, and incidentally assist in the selling of products. And if you don’t believe me, this university student’s 26-page thesis on animals in advertising will back me up.

According to Business Insider writer, Stijn Van Lieshout, “the difference between this ad and previous ones is that it focuses on a particular day. But what difference would that make in sharing numbers? Apparently lots. At the time of writing (October, 2013) the video had been shared more than 3.7 million times. This makes the video by far the most viral Geico commercial ever made.”

Multiple Cannes Lion winning director, Garth Davis, used 14 trained deer to film many of the planned shots in this commercial. A two metre high fence surrounded the shooting locations. The migrating deer paint the city of Auckland red to the beats of ‘Breathe’ by The Prodigy.

Eager to revitalise its image, Cadbury approached Fallon London back in 2007 with a simple brief: ‘Get the love back’.

Fallon’s response was that the communications should feel as good as eating the product itself. The formulaic approach was tossed out the door, and the agency opted for a more emotional one. Cadbury became ‘producers of happiness’ to the Phil Collins hit ‘In The Air Tonight’. 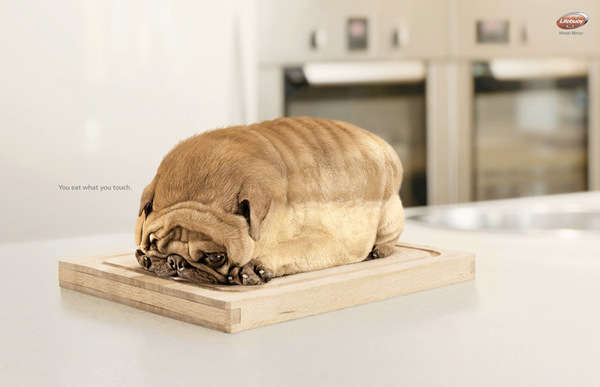 This series of print ads follows the belief that, “You eat what you touch.” The Trend Hunter’s Meghan Young writes: “Conceived and executed by Nemesis Pictures, an ad agency based in Singapore, Singapore, the LifeBuoy Hand Wash ad campaign revolves around unappetizing images of a pug shaped like a loaf of bread and a hamster looking like a cupcake. The creepy, albeit hilarious, images were shot by photographer Jeremy Wong. They will forever be engrained into people’s minds.”

7. Optus “Give Me the Simple life”

Various Aussie recording artists including Kate Ceberano and Human Nature collaborated with Optus to sing in the “Give Me The Simple Life” campaign.

The animals TVC was shot over ten days and then finished with three months of intricate post production in Sydney, using cutting edge technology to lip synch the singers’ voices to the animals. 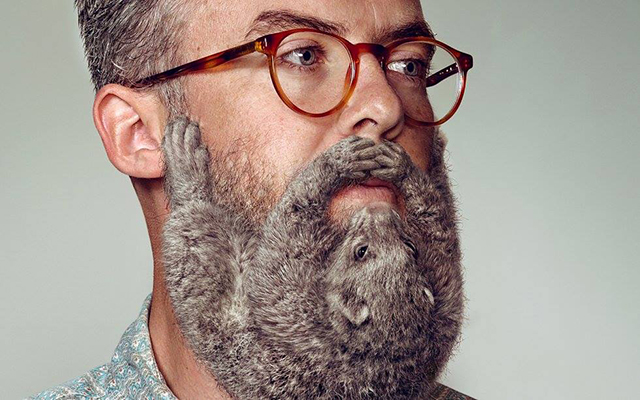 According to The Laughing Squid‘s Justin Page “the creatives at Y&R New Zealand have made ‘Free Your Skin’, an ad campaign for Schick NZ that features men with animal beards. Their human beards fused with cute furry animals gets the point across that the facial hair needs to be shaven off for summer.”

The ad features real chickens dancing (with the help of white-gloved human hands) to the tune of Diana Ross’ ‘Upside Down’. Interestingly, just the chickens’ bodies move, their heads stay quite still at all times. Apparently no visual effects were involved.