Japan and Asia-Pacific’s most affluent consumers are highly engaged on their mobile phones at the Sydney, Melbourne, Hong Kong, Macau and Jakarta airports according to the JAPAC Traveller Report 2014 conducted by location intelligence company AdNear.

Australia also has the highest per user engagement on mobile at its Sydney and Melbourne airports as compared to other airports in the Japan and Asia-Pacific (JAPAC) region. 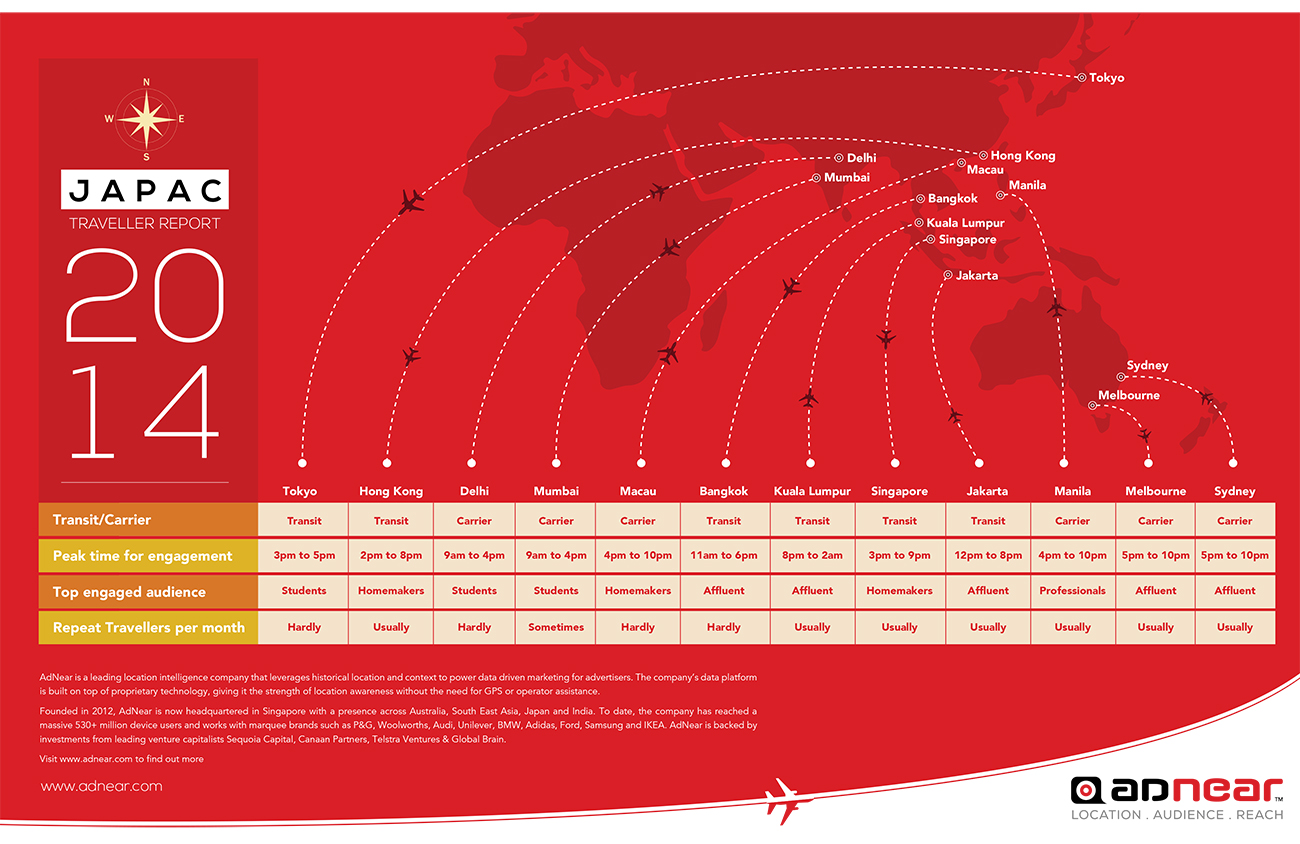 Shobhit Shukla, vice president, sales and partnerships, AdNear said: “Through our proprietary technology, we were able to analyse over a million travellers across 12 cities in the region and grouped them into different user profiles. In particular, we found that affluent travellers in Sydney, Melbourne, Jakarta, Bangkok, and Kuala Lumpur airports were on an average 3 times more engaged on their mobile phones compared to other travellers such as professionals, homemakers and students.”

Across all airports, the 25-36 age group were most involved with their mobile phones. While the youth aged 16-24 were most engaged on mobile in Japan, Australia also had a high engagement from this age-group at 25%. Tuesday was seen to be the peak day of travel for Australians. Both airports saw 10% less engagement during weekends compared to weekdays.

Australia had the highest proportion of female travellers at 28% while India had the lowest at 17%. Professionals in Sydney, Melbourne, Hong Kong and Kuala Lumpur were more engaged on their mobile compared to their counterparts in other countries.

Though smartphone penetration is lower in countries such as Thailand, Indonesia and India, users were more likely to use location-based services on their mobiles as compared to the high smartphone penetration countries in JAPAC. For developed countries like Australia, Japan and Hong Kong where usage of location-based services is lower, there is an opportunity for players who can geographically target users through proprietary technologies.

“While this regional study concentrates on airports alone, we are able to help companies leverage our technology to target certain consumer profiles within a specified area to achieve offline consumer insights which are targeted, traceable, scalable and fully integrated with traditional marketing platforms. Marketers can also reach out to their audiences using our targeted mobile advertising solution,” added Shukla.

The full report can be found here.