Advertise with us
Posted 3 December, 2018


It must be that time of year, yes, it’s B&T’s first 2019 predictions column. And getting the season’s ball rolling it’s Edge’s media director Inez Zimakowsk (pictured below) sifting through the proverbial tea leaves. Take it away Inez…

Thsu year has been a big year in the digital space, with the Cambridge Analytica scandal that plagued Facebook, conversations between Google Home and Alexa, the expansion of expanded text ads, the fall of the Paul brothers, and most notably, the #metoo movement.

So what’s in store for 2019? Will Facebook finally be killed off by a new player? Will users deep dive into when, where, how and by whom their data is used? Will the USA finally implement gun control? We’re betting on a big fat no on all three counts, so let’s have a look at what’s probably going to happen next year. 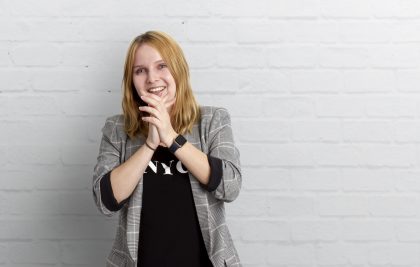 One of the biggest changes we’ve seen this year is the introduction of long-form, episodic series, and I’m not talking about the Premium offering. One of the platform’s most successful and longest running channels, ‘shane’, run by mega-creator Shane Dawson, developed four mini-series, with the most well known being ‘The Mind of Jake Paul’. The eight-part series racked up over 150 million views and was covered extensively by mainstream media as well as other YouTubers. With each episode running for roughly 40 minutes and viewers waiting with bated breath for the next instalment, the series restructured what successful content on YouTube looks like. Other creators have certainly taken note, with longer videos becoming the norm. For advertisers, this means more ad spots, for creators, more revenue, though potentially a lower ROI as production values, as well as filming and editing times increase.

In 2019, we’ll see more series and videos upwards of 30-minutes long being the standard. 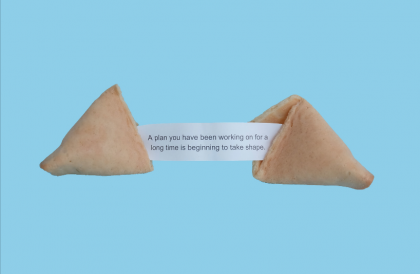 In the same vein, creators who have been on the platform long-term are starting to burn out in record numbers, with Marzia quitting, and Superwoman, Shane, El Rubius and Alisha Marie taking breaks. With some of the biggest channels in the space hitting pause on uploading new content, there’ll be a hit on the inventory advertisers can buy – perhaps not in a big way at the moment but, as burnout becomes more common and more premium channels lose out on new views, advertisers will start to feel the loss. What’s more concerning is the fact that YouTube is doing very little to genuinely support its creators, though those of us who follow their creator workshops and updates will know that they continue to push consistency and high-frequency uploads, as well as active moderation – all core causes of creator burnout.

Beyond burnout, YouTube has been rocked by several scandals in the last 12 months, from Logan Paul’s disastrous ‘Suicide Forest’ video, to Tanacon, racist comments from prominent figures in the beauty community, and of course the Tide Pod Challenge that made us question the common sense of Gen Z. These scandals had an impact on the creators and their communities, but they also made advertisers question the brand safety of these channels, particularly considering both Jake and Logan Paul were billed as family-friendly channels for advertisers. Logan Paul has since been stripped of his premium channel status. This year alone, Mars, Diageo, HP, and Deutsche Bank have all pulled their ad spend from YouTube. While Google has been trying to make the platform more advertiser-friendly, this has resulted in backlash from creators, who have had videos demonetised en masse and have seen their ad revenue plummet.

With creators always on the hunt for the next viral video, we expect more scandals in 2019, and more brands restricting their advertising.

Fake influencers will finally get their just deserts

One of my favourite moments of the last 12 months, at least on social media, was when Australian beauty guru Chloe Morello called out fake influencers on YouTube (November 2017) and went on to call for all influencers to verify their following on Instagram (January 2018). We all know the ones I’m talking about, the Instagram models with a few thousand followers (all bought, not earned), whose followers are inactive other than leaving generic praise across the posts of a handful of ‘influencers’. Any genuine creator would understand her frustration, given these influencers are getting brand deals and PR packages based on their follower count. It’s also a massive rip-off for those brands that are literally paying for fake engagement.

In 2019, I hope that brands and their agencies alike will start looking into the influencers on their rosters, and cut those who rely on fake followers and bought likes.

It’s great for controlling the lights, setting alarms, and playing music, but every time a Google Home ad comes on, guess who pipes up?

While it may annoy me sometimes, I have to admit that sometimes it’s really handy, and the new Hub will make life even easier. In 2019, I predict we’ll become genuinely reliant on our connected-home devices to manage our commutes, schedules, groceries, laundry and entertainment – in other words, everything. As the AI improves and the cost of connected devices decreases, we’ll see Google and Alexa become staples in the home.

Customer service gets a makeover

Say goodbye to hold music! In 2019, I hope and pray that companies will fully embrace chat and messenger as their primary form of communication with customers. Most brands have already introduced it, but there’s still some work to be done in the user recognition and personalisation space, as well as improving response times.

This is less a prediction and more of a personal want. Given you can input payment info on Facebook, I see no reason why you shouldn’t be able to add your shipping info as well and purchase in-app. I don’t want to visit a brand’s website any more, just let me buy the damn thing as soon as I see it.

You can’t say that! Advertising will become even more PC.

There are those who would argue that we’ve become ‘snowflakes’ who can’t handle a joke and cry over every little thing, but the reality is that the new generations coming through just aren’t putting up with racist, sexist, homophobic bullshit anymore. And that’s a GREAT THING. The young’uns of today are forcing brands to be more inclusive in their product ranges and their advertising, and to cut the crap when it comes to stereotyping or relying on sex to sell their wares.

Does this mean that we have to be less creative and more cautious? Well no, unless you’re a racist, sexist, or homophobic creative who relies on out-dated tropes to fuel your ideas – in which case, kindly GTFO. In 2019, it’s going to be all about embracing inclusivity.