In his role, White will report to chief executive Kim Portrate. He will manage media relations and create exclusive content to further ThinkTV’s mission to promote commercial television’s scale and effectiveness across all screens and help the advertising and marketing community get the very best out of TV. 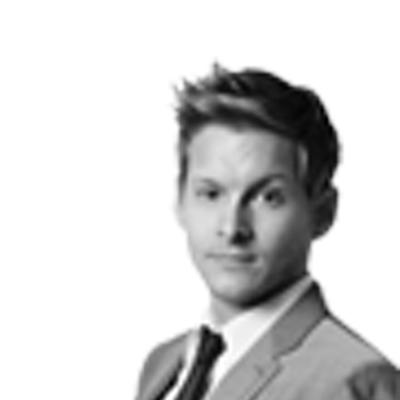 ThinkTV was formed in May this year as a dedicated research-driven marketing and technology development company with founding members Nine Network, Seven Network, Network Ten and Multi Channel Network/Foxtel.

White has two decades’ international experience in journalism, specialising in the media and telecommunications sectors as a reporter in the UK and Australia. He was most recently Media Editor for Fairfax Business Media and The Australian Financial Review.

“Dominic’s naturally inquisitive nature combined with his impeccable journalistic credentials, deep media industry knowledge and strong relationships with media and marketers made him the stand-out choice for the Head of Communications and Content role at ThinkTV,” said Portrate.

“He is uniquely placed to drive ThinkTV’s mission to prove that nothing is more effective at building brands and businesses than multi-platform TV. We are delighted to welcome Dom to our new organisation and look forward to his contribution to growing and shaping our media, content and communications program as part of ThinkTV’s research, marketing and platform development initiatives.”

White worked for Fairfax Media for seven years covering media, telecommunications, business, science and the arts. Before that he worked for eight years at Telegraph Media Group in London, latterly as Communications Editor.

“When ThinkTV approached me about this role I was struck by the mounting evidence that the television industry, for all of its challenges, has a powerful story to tell about how effective it is as an advertising medium,” White said. “I’m excited about the new role and working with Kim and the board.”

Think TV’s communications has been handled by Rochelle Burbury from Third Avenue Consulting until this role was filled. She will continue in a consulting and advisory role. “I would like to thank Rochelle for her valuable contribution during the launch phase of ThinkTV, and look forward to continuing to work with her in a consulting role,” said Portrate.

Russel Howcroft, ThinkTV Chairman, added: “It’s so pleasing that Dominic has taken the job to work with us at Think TV. He realises there is a great story for TV to tell, and I’m delighted that Dom’s going to tell it.”