New research by Yahoo7 into the effectiveness of advertising on connected TV (encompasses smart TVs, gaming consoles and OTT devices) has revealed that connected TV produces the highest ad recall per stream compared to mobile and desktop.

The study found that the average number of people viewing a stream is highest for connected TV at 1.7 viewers per stream, followed by desktop and mobile both at 1.2.

When taking the number of viewers into account, the average number of ads recalled is highest on connected TV at 2.4, compared to 2.1 on mobile and 1.9 on desktop. 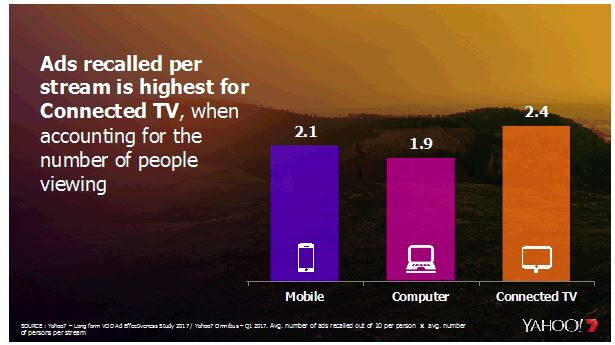 Furthermore, PLUS7 data shows the share of video viewing on connected TV has almost doubled in the last twelve months, yet the effectiveness of advertising on these platforms has been unclear to the industry. 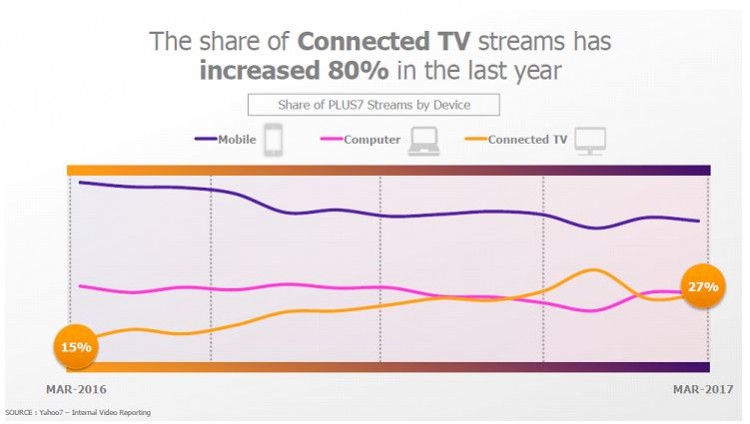 Ed Harrison, chief executive officer at Yahoo7, said: “As the use of connected TV becomes more widespread, it’s essential that our industry understands the potential of advertising on these platforms.

“Connected TV will have a major impact on the future of video consumption, and we’re excited to lead this first step towards understanding its advertising effectiveness.”