The app that often has users waving their arms around while music is playing, allowing it to recognise and tell you what that catchy tune was, has now released similar technology with images.

Shazam has launched the option to take a photo with your phone, using the Shazam app, and have the user taken to a certain mobile site, experience, or whatever is synced up with the image.

Head of Shazam Australia, Steve Sos, told B&T it was a very natural progression for the brand.

“Increasingly we’re a gateway into content and historically that gateway has been acoustic…but as of the end of this week it will be both acoustic and visual,” he said.

The difference between this offering and the offering that’s been around for a while, the QR code as it’s known, is that these images are watermarked.

“I think there’s always been a little bit of stigma attached to QR codes around the aesthetic appeal and a reluctance to put something that wasn’t particularly great looking onto really nice print-based assets which was the idea behind invisible watermarking as a concept,” said Sos, adding the new functionality, which is similar to where QR were originally, will still support the black and white square boxes. 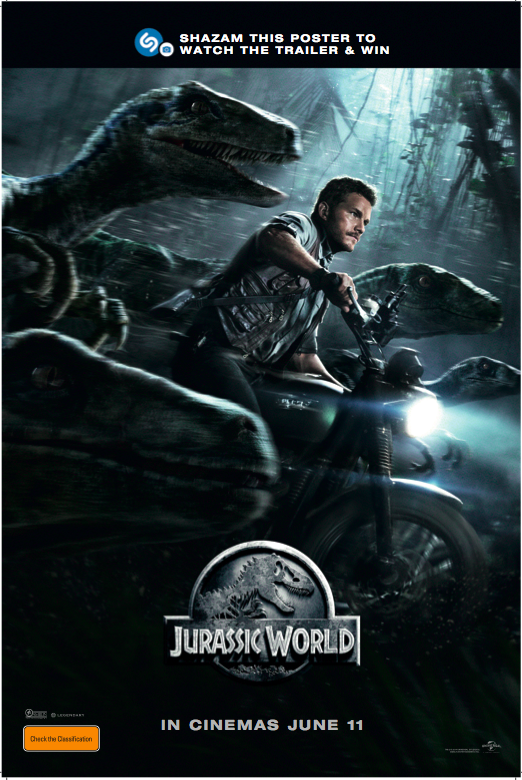 Taking advantage of the millions of users the app already has, Sos believes the reputation of the Shazam brand will help the uptake.

“If you look at what we’re doing with visual at the moment, it’s not new technology, but what we bring to a technology that has a lot of potential is scale, because in Australia we’ve got three million monthly active users, but also of knowing the much loved brand,” he said.

“I think that starts to give the solution a lot more potential for clients and advertisers… I think brands and advertisers are looking for scalable solutions that they can run across all different touch points.”

Universal Pictures is one of the launch partners for the new Shazam offering, and its director of marketing, Suzanne Stretton-Brown, said that while the brand has tried using image recognition before such as QR codes, what the brand is really keen about in this offering is it’s “ubiquitous”.

“People are confident using it,” she said. “There’s a strong portion of the market that have it on their phone already. It’s very straightforward, we don’t have to explain what to do, they don’t have to go download an app, it’s not too hard.

“Because we all know if something in the world of marketing is too hard, or too hard to understand, people tend to just move on.”

Having used the Shazam tech for a number of years for various campaigns, Stretton-Brown said the image recognition technology has added even more dimensions to Universal Pictures’ campaigns.

“Ultimately the idea of using that in our campaigns was really about creating a richer engagement for the viewer, for the consumer, for our content and being able to deliver them something at a time that might be convenient,” she said, such as waiting for that damn bus to arrive.

“It just makes sense to have the option there that if they choose to they can take a dive into film and have a richer experience.”

One key selling point for Universal Pictures is that it can now connect with consumers directly, rather than being once-removed where the cinema would be the direct point of contact.

“The idea now that we can connect directly with consumers is pretty exciting for a movie distributor,” she said. “With the explosion of social and technology like this, what that has enabled us to do, is to start a conversation directly with the consumer, which is very exciting.”