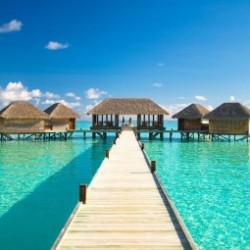 Building upon a long-standing history of celebrating the sports and athletes kids love, the Nickelodeon’s Kids’ Choice Sports Awards gives kids the power to choose the biggest sports stars to win awards from 11 uniquely unconventional categories.

During the six-week campaign, original content featuring superstar athletes will be distributed via the Nick Play app, online at nick.com.au, and on TV, allowing kids to catch behind-the-scenes footage and stunts with their favourite sporting stars.

They can also cast their votes in the 11 categories to determine the winners, who will be announcing in a one-hour TV special.

Unlike traditional awards, there are no rules – it’s AFL players, versus cricketers, versus surfers; it’s code versus code and male versus female in categories such as #Hero, Sickest Moves and Hands of Gold. Nominees will be announced on Friday 6 October 2017.

Voting opens on Friday 6 October and closes on Sunday 12 November, with winners announced when Kids’ Choice Sports Awards airs on Nickelodeon and on Nick Play at 5.30pm on Monday 20 November.

“We know sports are a huge passion point for kids, and the launch of Kids’ Choice Sports is the perfect way for us to continue to connect with them on the things they love,” he said.

“After several years of working with Tennis Australia and now more recently, the KFC Big Bash League, we know that for a lot of kids, their biggest heroes are local sporting stars.”

“We also recognise the desire for sporting codes and brands to connect with kids, and we’re able to offer them somewhere those desires can come together with high-quality locally produced content.

“Giving us the opportunity for bespoke integration across multiple platforms throughout the six-week voting campaign as well as in-show – the possibilities are endless.”

Hugh Baldwin, director of TV and multiplatform at Nickelodeon, said the awards will be an immersive entertainment experience across all screens.

“Anyone can do a one-off awards show with a red carpet, but kids want to be engaged online, on the app, with games, and to have their say,” he said.

“The Kids’ Choice Sports Awards will provide a new take on the awards format and re-invent it for sports-loving Aussies and Kiwis.”