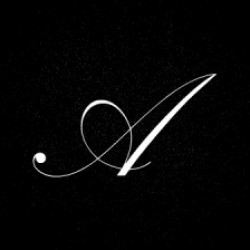 
Creative digital agency, Newgroup Marketing, asks what the next steps are brands can take towards gender equality in their campaigns.

In recent times, there have been numerous marketing campaigns targeted at changing societal perceptions of both women and men. What is the next step that campaigners can take to boost gender equality?

The key thing that campaigns such as Dove Real Beauty and the Man Therapy campaign seems to lack, are voices and appearances from the other gender. Although it is true that both genders would like to have their self esteem boosted in a society filled with stereotypes, and although it is true that one gender may be equally inspired to treat the other gender with a better attitude after watching these advertisements, these advertisements have omitted a crucial aspect of reality. The fact of the matter is, both men and women create stereotypes, and both genders could choose to adhere to stereotypes when they succumb to social pressure created by both genders.

So, why is it that the campaign advertisements seek to focus on the portrayal and behaviour change for one gender instead of both? A possible explanation of this would be that the main audience for the brand, or the main audience that the brands would like to target for the product is one gender and not the other gender, despite the fact that opinions from the other gender affects the gender targeted. Additionally, for continuous campaigns like Dove’s Real Beauty, it is possible that previous successes in targeting one gender encourages the organisation to continue taking the one-gender approach.

However, one needs to start considering the possibility of how greater change can come when a multi-gender support network is created after not just one, but both genders become inspired by an advertisement. One needs to consider the possibility of how more change can come when both genders work together to eliminate stereotypes, which is what marketers could aim for in future campaigns.

Have a look at the recently viral #likeagirl campaign that has incorporated voices from both male and females. Although there are still more females than males in the advertisement, it is a crucial first-step to changing marketing practices, and encouraging the creation of multi-gender support networks.