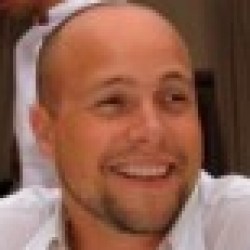 While Australia has been clinging to its Apple obsession the rest of the world has been embracing a new love.

The last two iPhone and iOS releases have been a solid disappointment to even the most ardent Apple fan.

Apple land has been static for a while now – iOS7 was mainly a cosmetic update (OK so AirDrop and iBeacon have great potential) – and in an era where consumers are spoiled with constant innovation, Apple has been “out Appled” by its competitors. Samsung’s phones have leapt ahead and Android continues to power on.

Samsung alone outsells Apple by nearly 20% and Android comprised 81% of all devices shipped globally compared to Apple’s 13% in Q1 of 2014. Apple devices still make up the lion’s share of web traffic, especially in first-world countries, but the tide is turning as the Android domination in Asia and parts of Europe extends to other significant markets.

We are at the tipping point. Android has owned the lower-cost handset market for some time with most marketers correctly identifying Apple owners as the more affluent target market. But Android high-end phones like the Galaxy S5 and HTC One have eclipsed the old guard and now provide enough reasons for the average user to ditch the Apple microcosm.

Apple and Android will co-exist. Both are great products, with massive user-bases, that still make a pretty-penny or two. So it is not a choice for marketers to go with one or the other; the only choice is to ensure you support both. Accept that there is a requirement for two products (let’s park the Windows discussion for now) where Apple users are used to the way iPhones work and Android users are not using Apple for a reason. You and your developers must value the unique features and feel of each platform – don’t make an iPhone app and then “Android it”. Invest in producing native experiences and recognise that these two audiences have different demographics, usage habits, devices and potential. iPhone is not always the solution; increasingly Android is the answer.

One of our owners is an Apple devotee so there was much discussion three years ago when Appfactory decided to put equal focus on both Android and iOS development.

Our initial forays into Android were driven by innovative clients – the open nature of the platform provides more freedom when developing on the bleeding edge. This equal focus is now reflected in the marketplace and in the demands from end-users. Embrace Android, the innovators already have. Even our resident Apple Fanboy just ordered his new S5….