The December issue of Harper’s BAZAAR, on sale today, celebrates a unique collaboration between the luxury lifestyle title and Australia’s iconic Taronga Zoo.

Fronted by Australian supermodel and mother of two, Gemma Ward, the December issue is devoted to raising awareness to the work Taronga Zoo, and the newly established Taronga Institute of Science and Learning, undertake in conservation. 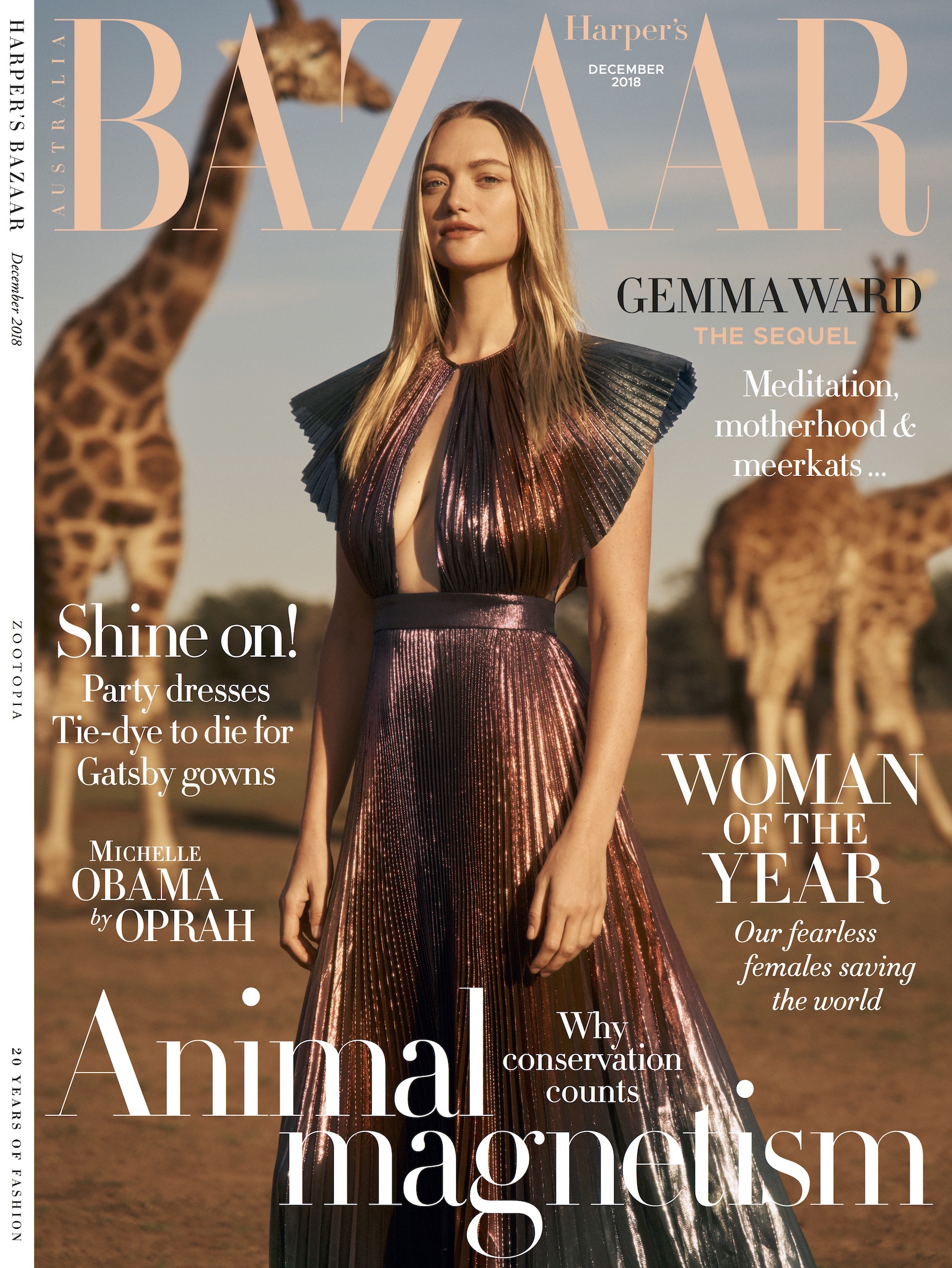 As acting editor Eugenie Kelly acknowledged: “These aren’t the usual topics we tackle at BAZAAR, but if we want future generations of Australians to grow up to the hum of cicadas and be able to paddle alongside dolphins during a morning surf, we need to do something to stop the extinctions affecting every inch of the planet.”

Gemma sat down with BAZAAR associate editor Eliza O’Hare to discuss comebacks, motherhood and the importance of preserving the natural environment for future generations.

In addition, the new issue introduces the women at the forefront of Australia’s conservation movement.