Today Instagram released its updated monthly active user figure- according to the platform, there are 500 million Instagrammers who share (on average) 95 million photos and videos per day. Australian mobile game studio Halfbrick Studios, the reason for your addiction to Fruit Ninja, chatted with B&T about its marketing strategy on Instagram and why it’s all done in-house.

Halfbrick launched Fruit Ninja into the market back in 2011, the game had very little instructions and took advantage of the touch screen interface of mobile phones. Fruit Ninja catapulted Halfbrick Studios from a small indie studio in Brisbane to a global company with market interest in the US, Europe and emerging mobile regions like South America and Russia. Nicholas Cornelius, chief marketing officer at Halfbrick Studios, joined the company in July 2015.

Cornelius discussed the company’s marketing strategy on Instagram: “The way we market right now is fairly targeted, we make sure we’re sending the right message to the right person at the right time. Age, demographic, even geographic considerations all come into play. The mobile gaming space is so huge now, so we have to be very careful and targeted about how we send out our messaging. Instagram is brilliant at the visual storytelling, so we could take a lot of stuff which was taken for the games and put that straight out as marketing without having to put any extra effort into it.

“Our work is done in-house, so we have our artists and video guys all in-house, we don’t use agencies. There is talent in agencies, but the thing is they’re working on multiple accounts, multiple companies, multiple campaigns at any given time. There is a lag in terms of an idea coming up to it becoming a visual asset onto a platform.

“Having it in-house means we can concept, create and publish in a couple of days at the most. That’s the speed we can get our stories out which is the reason why we haven’t gone to an agency. We’re spoiled for choice, I have three artists in my marketing team alone; one is a visual effects artist and the other two static image artists. We run a daily newsroom discussion about what we’re talking about on social, is there something we need to do or create. For example Captain America: Civil War, we have images of our characters which we can dress them up really quickly and get it out on social straight away. We’re constantly experimenting.”

For the first half of the year, Halfbrick Studios marketing strategy was to become more involved in relevant conversations on social media. Remember Drake’s tune Hotline Bling? Within a day, Halfbrick Studios had Fruit Ninjafied the famous clip.

“Being able to be that quick to the market as a trend is starting to pick up is the whole reason we’re looking inwards. It don’t think it would have been possible if we had reached out to an agency, wait for them to create it, send it back for approval and a round of changes. We would have lost the moment.”

Check out some of the examples of Halfbrick’s Instagram accounts incorporating its brand assets- Fruit Ninja and Dan The Man– into pop culture moments:

The wait is over, but the battle rages on! Are you #TeamCap or #TeamIronMan? Sound off now! #CaptainAmericaCivilWar

Feel the force around you! Happy #StarWarsDay from the team at Halfbrick! #MayThe4thBeWithYou

We know a Fruit Ninja when we see one! Who thinks @vancityreynolds and @oliviamunn should settle this with a game of Fruit Ninja Kinect 2? @xbox @microsoft #fruitninja #xmenapocalypse 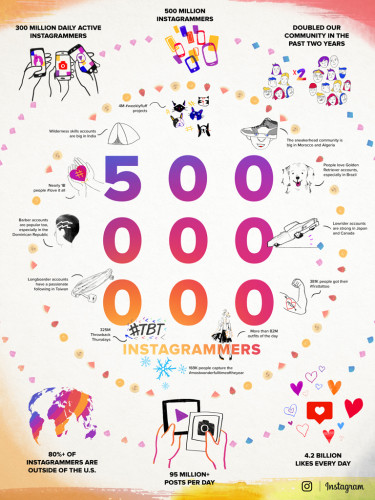