Foxtel has teamed up with the AFL Coaches Association (AFLCA) to launch #ThanksCoach, a new campaign that shines a spotlight on all the grassroots football coaches around Australia and pays homage to the vital role they play in making the game of AFL what it is today.

Foxtel worked closely with leading sports and entertainment consultancy Gemba to develop the integrated campaign that encourages local footy players to express their gratitude for all the tireless work that their coaches put in week in, week out. 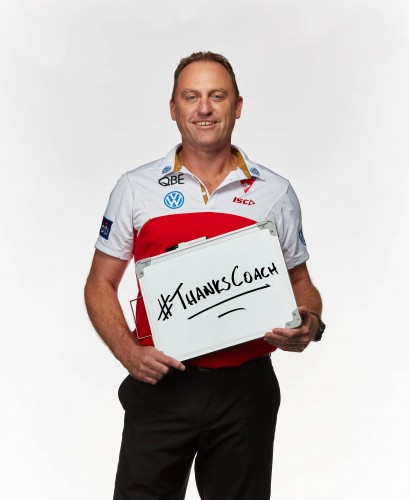 Justin Robinson, director of marketing operations for media and sponsorship at Foxtel, said: “There are so many people to thank for making the game of Australian Rules football great –  the star players, the big-name coaches, the legends, the rookies, the mad-for-it fans – but one group is often forgotten in all the hype, a group who form the very bedrock of the game – the local footy coach.

“That was the basis for the #ThanksCoach campaign – we thought it was time to recognise, celebrate and reward the very important contribution this group of people make to the game.”

AFLCA chief executive Mark Brayshaw said: “When a senior AFL coach gets a player on their list, that player isn’t a ‘blank canvas’ – they come with a level of fitness, they know how to run and kick, they have skills, a work ethic and a love of the game.

“This is thanks to the coaches who came before them. Without the thousands of grassroots coaches out there, football players wouldn’t get guided, nurtured and developed into quality athletes and people.

“That’s why the AFL Coaches Association are delighted to throw their support behind Foxtel’s new #ThanksCoach campaign.”

As part of the campaign, Gemba has also developed a unique mentoring program, whereby Foxtel and the AFLCA are giving hundreds of community coaches around Australia the chance to win a spot in a #ThanksCoach Masterclass.

The exclusive program will see local and junior coaches learn from some of the best in the business. Each Masterclass will cover everything from skills and drills to mentorship, and is designed to educate and inspire local coaches to keep encouraging and developing the AFL stars of tomorrow.

Robinson said: “There are 60 spots available at each of the 10 Masterclasses being run, meaning 600 coaches will get the opportunity to raise their own game and learn from the likes of John Longmire, Brendon Bolton, Alastair Clarkson and Leon Cameron.

“It really is an exciting and unique opportunity for local coaches across the country to be inspired and further develop their skills.”

At the end of the #ThanksCoach Masterclass program, a select group of coaches will receive the ultimate reward – ‘The Coach Trip of a Lifetime’ – where Foxtel and the AFLCA will fly them to Melbourne for an unprecedented AFL Grand Final package and unique access to AFLCA members.

Members of the community can show their appreciation for a coach on social media by using #ThanksCoach or they can nominate them for the #ThanksCoach Masterclass by visiting www.foxtel.com.au/thankscoach.

To secure your seat at this year’s Ministry of Sports Marketing conference, click here. Early bird tickets are on sale now!