Forget Australian Institute of Sport inspired diets for the athlete of the future, competition prepping food will be pizza and Red Bull. At least that’s what the super fast growing segment of esport ‘athletes’ will be eating on game day.

Esport is not a new concept, the first iterations of it were Space Invaders tournaments held by Atari back in the 1980s. However where once having your initials recorded against the highest score in the local arcade’s machine while your mate watched over your shoulder, esports is now big business with events capable of packing out New York’s Madison Square Garden.

In a field where the size of audiences and the proportions of prize money may well see your jaw on the floor, the audiences and participants are far more predictable – young males.

On one weekend in August 2015, across four events in four different countries there were more than 100,000 attendees and more than 50 million viewers! Esports is truly global and the audience has scale – and sponsors are starting to take note.

If you, like me, fall outside of the demographic, then these gargantuan numbers may just take you a little by surprise. However as Andrew Condon, director and head of marketing at sports and entertainment company Gemba says, it’s really no more surprising than watching someone else cook a meal on television.

According to figures released by NewZoo, in 2015 esports attracted an audience of 150 million and 32 million participants in competitive gaming in 2015.

The prize money is real too! In 2015, Dota2 The International (an esport tournament) handed out 17 million in prize money, third behind only Wimbeldon and the FIFA World Cup.

With such money on hand, “athletes” have turned pro and tend to live together and train together. They’re also attracting sponsors of their own and command huge audiences of fans who like the way they swivel their controller paddle just so while eradicating zombies from their virtual world.

In Australia, according to Riot Games marketing director Mark Cox, Australia is on the cusp of getting the scale needed to see out first teams turn pro.

League of Legends eSports league structure in Oceania is the Oceanic Pro League (OPL), which is the top league (like the A-League in the soccer), was the first professional esports league set up in Australia, launching at the beginning of last year.

In 2016, Hoyts signed on as a sponsor for the league and will be live streaming up to nine League of Legends esports events in cinemas across Australia and New Zealand this year.

Major players in the ecosystem include distributors, publishers, sponsors, fans and players as detailed below. 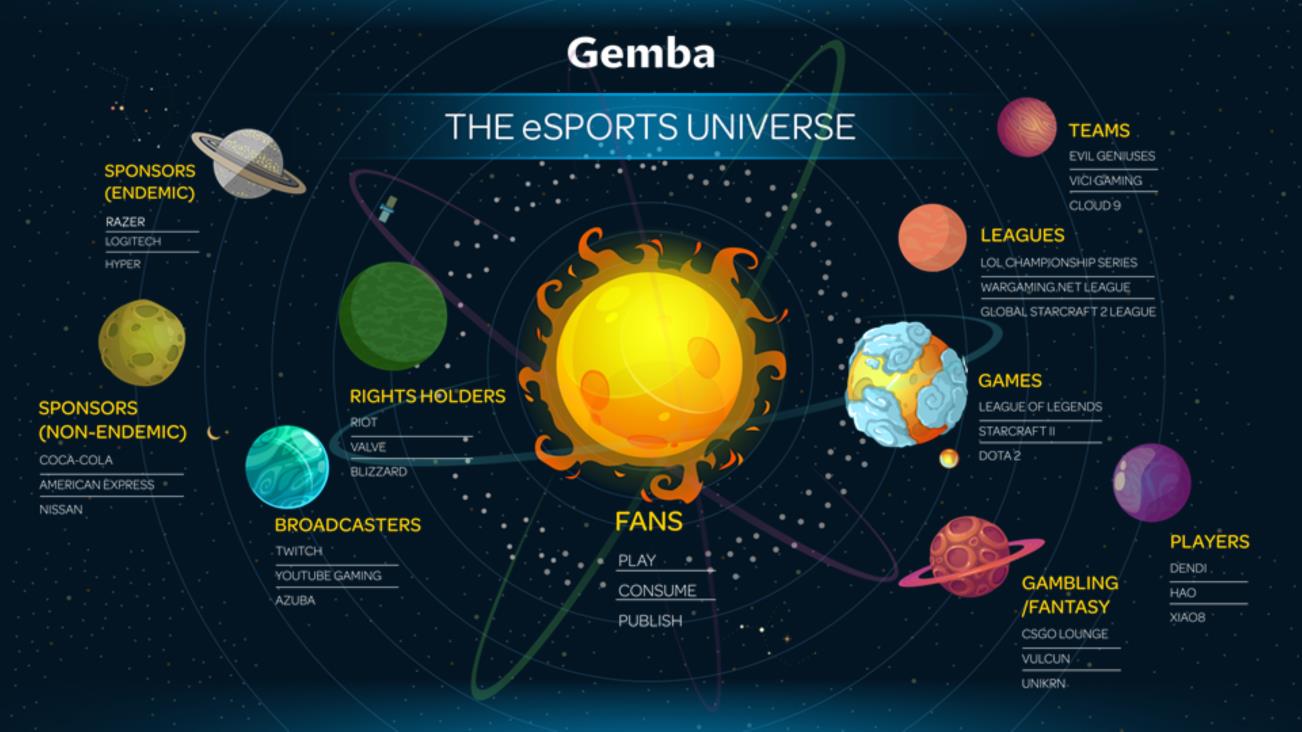 So if you’ve pining for darts and snooker to get recognised as Olympic sports, then you may well have a new string to your bow.