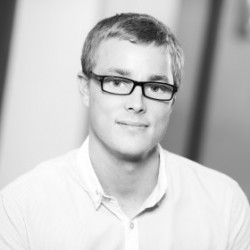 
Enigma Communication has announced the appointment of Pete Ogden as its new executive creative director.

Ogden has worked at major agency networks in London, Sydney and New Zealand. In 2008, after 10 years at DDB Sydney, he moved to JWT New Zealand, where he became executive creative director a year later.

Since his return to Sydney in 2011, Ogden has been creative director at Dentsu Australia and BWM Dentsu. In March of this year Ogden joined Enigma Communication as ECD.

Ogden said, “I have been looking for an opportunity such as Enigma for a long time: A full service agency that has amazing potential and clients that are genuinely hungry for great work.”

“Pete is widely respected in the industry as both a creative leader and mentor which makes him the perfect fit for the growing Enigma creative team.”

Until recently, Ogden was head of Award School NSW and a committee member of the Communications Council. He also just served on the Branded Content and Entertainment jury for the 2016 AWARD Awards.