Key moments in October captured the imagination of Australians on Facebook, providing brands with the chance to join the conversation about the characters, fears and dreams of the past, present and future.

An entirely new line-up of companies took out the top seven brands spots with eBay, Disney Cruise Lines, Jack Daniels and Ray-Ban all entering the fray. Recurring brands such as Uber, Apple and Windows, normally popular in the Hot Topics lists of previous months, were interestingly absent.

October 21, 2015, marked a significant milestone for fans, especially men, of the sci-fi “Back to the Future” trilogy. The 1989 film excited both old and new fans, who reminisced about the predictions it had made for the date Marty McFly and Doc Brown travelled to in the future. Brands, organisations and public figures also joined the conversation, tapping into the excitement on Facebook to build rapport with their audiences. Even NSW Mike Baird got in on the action, arriving to an interview in a DeLorean replica. 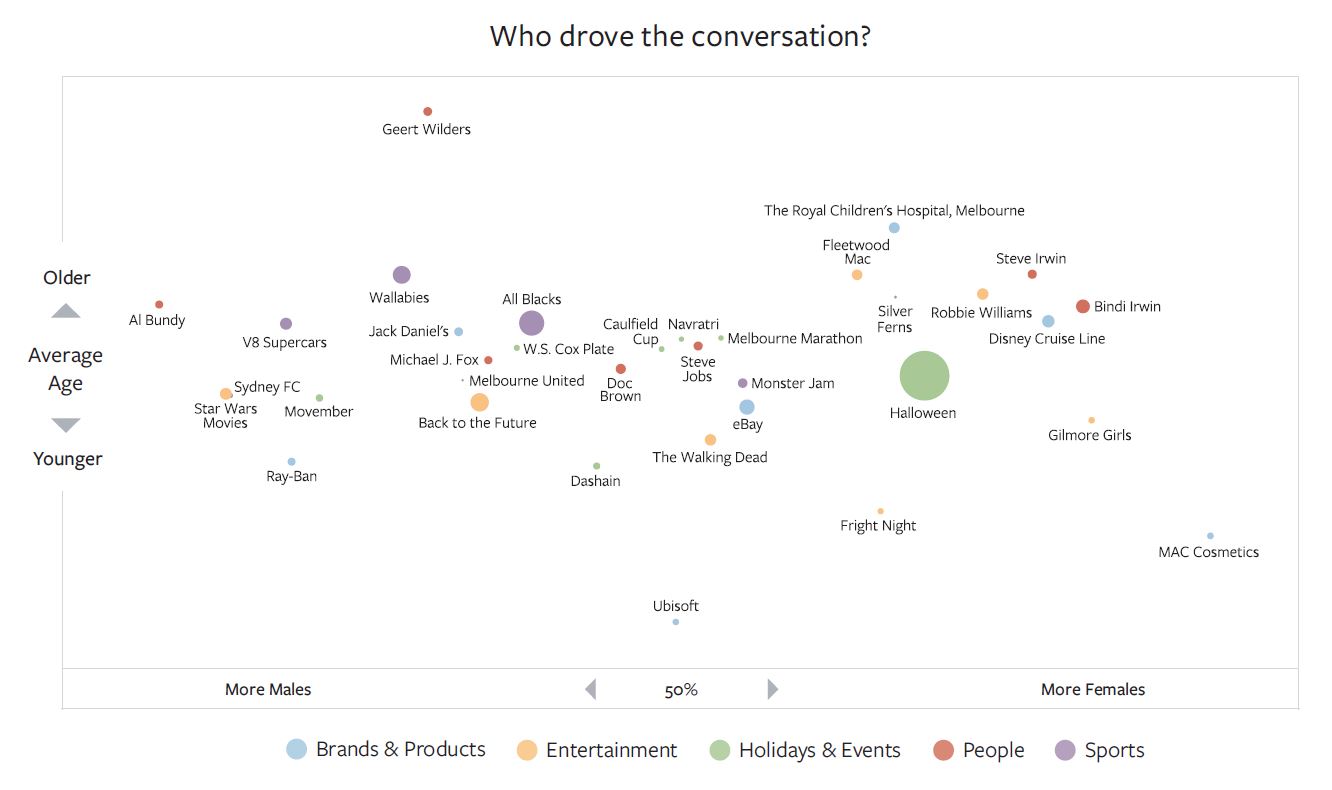 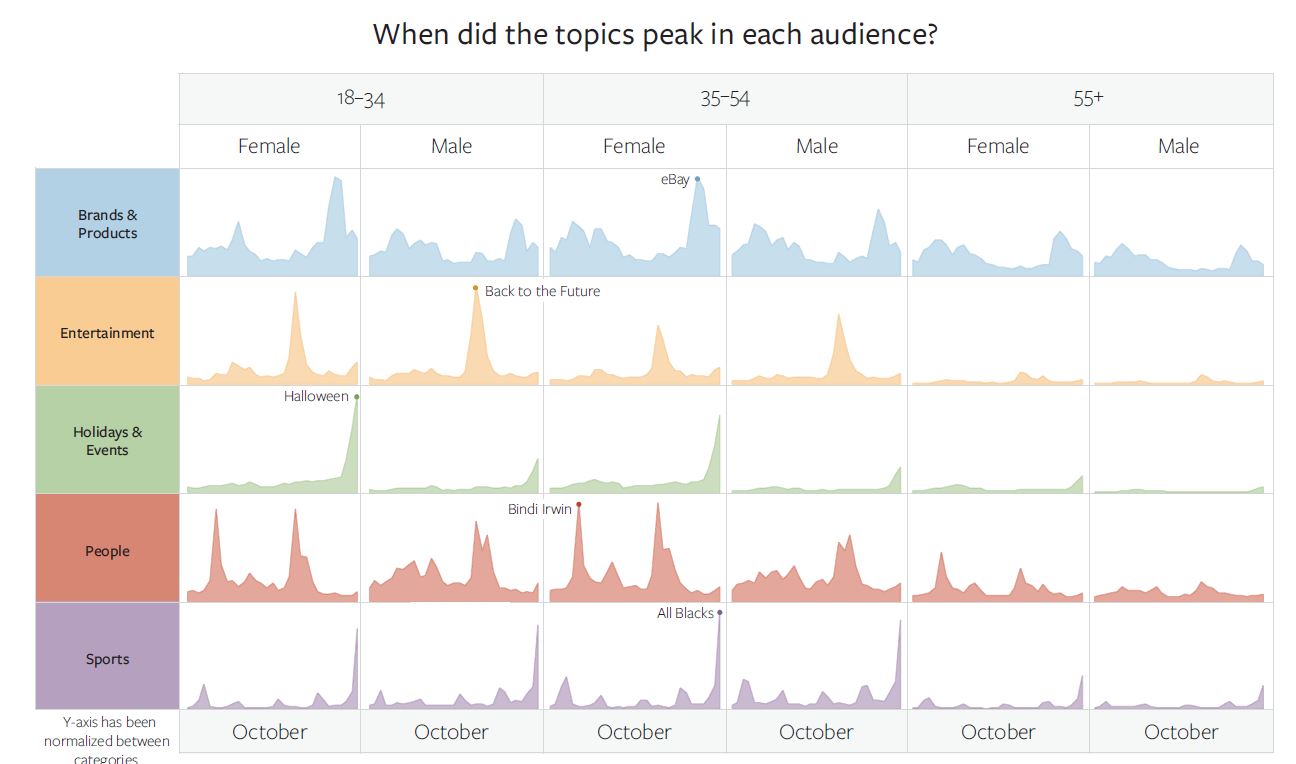 A surge in eBay conversations, possibly due to the release of their Q3 profits, drove the online marketplace into first place among the most talked about brands. Discussions surrounding the Royal Children’s Hospital in Melbourne may have been driven by their doctors’ stance on asylum seekers and children while MAC Cosmetics captured the attention of younger women through its partnership with pop sensation Ariana Grande.

Ubisoft moved into seventh place, most probably off the back of PR pushes. The video game developer created buzz with gamers and beyond with the announcement of Far Cry Primal, company investment activity and video footage of London’s skyline as captured by a soaring eagle.

Beyond the brands category, Halloween was the single most-talked-about topic this month as people, especially women, embraced the fun and frivolity of the holiday.

Nostalgia played a large role in Entertainment this month, with older Australian women bopping along at concerts of long-time artists Robbie Williams and Fleetwood Mac. News of a “Gilmore Girls” revival excited women of all ages.

Across in sport it was mostly men who talked about the Rugby World Cup in the lead-up to the final on the 1st of November. The Wallabies drew conversations among a slightly older audience than the audience who discussed the New Zealand All Blacks, showing the influence that age and gender can play on patriotism in sport.

Facebook collates a heap of different sections to see what everyone is buzzing about. Check out below for the full lists.