Mistry’s reputation has been built on fifteen years of digital leadership and innovation across Australia and the UK, bringing a wealth of experience and talent to Deepend and its sister agencies which comprise the Deepend Group.

Before joining Deepend, Mistry was the creative director of Orchard where he provided the creative leadership for several prominent clients, including Westpac, Cancer Council and Bayer. He also played a pivotal role in substantially expanding the client roster and tripling the size of the creative department. Prior to working at Orchard, Mistry was the digital creative director at Make M&C Saatchi, where he was part of the successful team who secured the Commonwealth Bank as a client. He is also an internationally awarded digital advertiser, having received numerous awards at The Globals, Clios, Webbys and Cannes Lions. 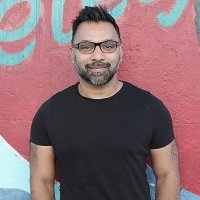 Mistry will work alongside Deepend’s general manager and head of strategy Dan Robathan. The duo will future proof Deepend’s creative and strategic output for a rapidly changing agency landscape.

Speaking of his appointment, Mistry said “I am thrilled to become part of Deepend and bring my area of expertise to the table. There aren’t many digital agencies that have the rich heritage in innovation that Deepend has. The passion, culture and depth of skill in the agency and across the wider group is unrivalled, and clearly reflected by the high calibre of award-winning work and consistent results. I’m genuinely excited to be part of the team.”

Matt Griffin, chiefexecutive of the Deepend Group, said: “Deepend has experienced incredible success over the past year. 2015 will be another big year for both the agency and the group, and we continue this momentum with the welcoming of Nitin to Deepend. The scope of his experience reaches across a diverse range of industries and encompasses an exceptional mix of digital innovation, strategy and design knowledge. He will make an incredible addition to the team and the overall group itself. We’re really excited to have him on board as part of our next generation of growth.”