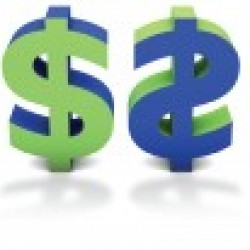 
‘The Journey of Courageousness’, which has launched on both big and small screens across Australia, has been shot in the style of a feature film, with Aleksandr and Sergei in the starring roles.

The TVC answers the age-old question of how Aleksandr and Sergei – meerkats who are traditionally found in Africa – came to live in Russia.

Putting on his best story-telling voice, Aleksandr tells the audience how his ancestors lived a simples life in the African Kalahari desert, until a terrible grub famine forced them to flee. After a long and treacherous journey across land and sea, they ended up on Russia’s icy shores.

The sure-to-be blockbuster has a clear message: Aleksandr’s ancestors didn’t go through all this to find Australians cheap deal on their car insurance!

Aleksandr says, “Written, direct, edit, produce, costume design and acted by yours truly, this epic movie film is claw-biting edge-of-seat thrill-ride! I am still waiting for my Oskats award, organisers say it must be lost in post.”

To coincide with the launch of the new TVC, and in anticipation of increasing numbers of Australians wanting to compare meerkats, Sergei has been busy since he came out of hospital, updating the comparethemeerkat.com.au website.

“The latest TVC is big news in the evolution of the meerkats in Australia. They have such a strong following, so it was just a matter of time before Aleksandr and Sergei graced our big screens. We know their fans are going to love the feature-film-feel to the new TVC, as well as the additional materials, including a trailer and a hilarious Director’s Cut version, voiced by Aleksandr,” said Abigail Koch, spokesperson at comparethemarket.com.au.

The TVC was created by advertising agency VCCP in conjunction with production company, Passion Pictures.