Andrew Denton will be the keynote speaker at this year’s National Radio Conference in Melbourne. 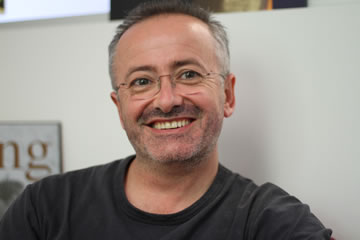 From his groundbreaking early work on ABC TV through to his work hosting and producing the hugely successful Enough Rope; he is the man who introduced The Chaser to Australian television (Election Chaser, CNNNN); and later, and as co-creator and Executive Producer of The Gruen Transfer, Gruen Planet, 30 seconds, Elders, Hungry Beast, AFP, Can of Worms, Joy of Sets, Randling and more – all through the production company he created and helmed, Zapruders Other Films.

Denton’s session outline explains he will be drawing on his extensive experience working around people who actually knew what they were doing.  He plans to give his top 1072 tips for making it all the way to the middle in the media without losing any of your inner arsehole.  The session comes with the warning: This talk contains name-drops and traces of Randling.

A complete National Radio Conference program will be available on the Commercial Radio Australia website on Monday, 13 October.

The National Radio Conference will be held in Melbourne at the Grand Hyatt on 17 October, the day before the 26th annual Australian Commercial Radio Awards on the 18 October at the Melbourne Convention and Exhibition Centre.