All EL James wanted to do was have a nice, friendly Twitter conversation with her 50 Shades of Grey fans to promote the newly-released Grey book. But, as EL James learnt, we can’t always get what we want. 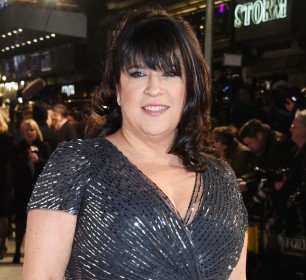 Here are some of the most hard hitting ‘questions’ asked to James:

What is the safe-word to stop you writing? #AskELJames

#AskELJames Everyone is focused on the abusive aspect of your books, but have you ever considered that you are just a god-awful writer? — Whiskey Eyes (@CanineBRATS) June 29, 2015

Which do you hate more, women or the English language? #AskELJames

#AskELJames Can you confirm that you will be writing the story of Ramsay Bolton from his perspective, showing he is just misunderstood? — Ros (@GameOverRos) June 29, 2015

#AskELJames Is it only ok for Christian to stalk, coerce, threaten & manipulate Ana because he’s hot, or is it also ok because he’s rich?

#askeljames Do you ever wonder how powerful your books could have been if you’d had Ana break free of the abuse in the end? — Paul Anthony Shortt (@PAShortt) June 29, 2015

#AskELJames do you know 15 year olds can write fanfics with healthier relationships than your book ?

I entered into a sexual relationship using verbal consent — but he didn’t force me to sign a contract. Should I be worried? #AskELJames

#AskELJames I need advice on making a BIG romantic gesture. Should I put a GPS tracker in her phone and make threats if she tries to leave?

Will you be rewriting the book from Stephenie Meyer’s point of view next time? #AskELJames

So, how does it feel being the Nickelback of authors? #AskELJames

Off to meet the competition winners, now. Thanks so much for an interesting hour… 😀