In this guest post (on behalf of Integrated Technologies Australia), Don Milne (pictured below), strategic partners manager at Digital360, reveals why voice commands are the future and why it represents an amazing opportunity for advertising agencies, researchers and developers… 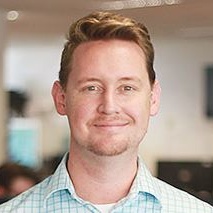 On 4 October 2011, Siri was officially released on the Apple Store.

While it wasn’t the first voice recognition software for smartphones (that honour goes to Google’s Voice Search app, released in 2008 for the iPhone), the app helped popularise a global technological trend over 40 years in the making.

Fast-forward six years later and the rise of virtual assistance technology is only just getting started.

From 2010 to 2015, there was a 25 percent increase in voice recognition accuracy. In the rapid age of technology this may not sound too significant, except for the fact it’s more progress than anything that has been achieved in the past four decades.

How did this happen? The answer is simple: competition and the emergence of a global market.

What was once a novelty (and virtually unprofitable) industry, has now been embraced by the mass-market and become a flourishing industry. In a race to compete with previous successes like the Amazon Echo, major players like Apple, Google and Microsoft are entering the virtual assistance market with their own brand of home and mobile devices.

But like all new technologies, it’s the consumer who decides when, where and how these products can enhance their everyday lives. And when it comes to searching for products and services online – voice search is already starting to change the SEO game.

Over the past decade, conventional rules for SEO have relied on implementing keywords and phrases into web content, which help a page (if the content is well-written and has reputable backlinks) increase its ranking on search engines.

As more and more people make the switch from text to voice searching, content writers will need to adjust their SEO strategy by implementing long-tail phrases and possibly whole sentences.

While traditional text-based searches usually consist of short phrases or words, for example ‘best plumber Melbourne,’ a voice search could read like, ‘Hey Siri, who is the best plumber in Melbourne?’

This doesn’t even take into account the hundreds of possible variations and colloquialisms that may affect what shows up on the search results.

Considering the near-limitless variations on this search query alone, along with namedropping virtual assistance devices within the phrase itself, SEO specialists will soon be faced with deciding which long-tail phrases and sentences are worth competing for.

It’s clear that ‘voice-friendly’ content is going to be crucial for ranking in search engines. And if recent studies are any indication, many consumers are already embracing voice search as the new norm.

According to a study from MindMeld, in 2015, the use of virtual assistants to search online jumped from literally zero to 10 percent globally – that’s roughly 50 billion or more voice searches performed every month.

Meanwhile, according to a study from Statista, there are many reasons for switching to voice search. Based on the results, 38 percent of respondents found voice search ‘more fun than other search methods,’ while 43 percent stated that it’s ‘quicker than going on a website or using an app.’

Other responses concluded that voice search was more accurate than other methods and due to its hands-free capabilities, people enjoyed the freedom to search while driving or doing other activities that restrict phone access.

Respondents also feel that voice search is more accurate than text-based searches. Plus, they enjoy the freedom of searching while driving or doing other activities that restrict phone access.

The future of SEO

As voice search becomes more prevalent, there will need to be studies into the psychological influence of different search queries, including other external factors that may affect how people interact with virtual assistance technology.

While many existing rules in SEO will carry over to voice searching, the correlation between voice search results and consumer behaviour is yet to be seen. With more users becoming used to the idea of voice search, this means there will need to be studies in how different scenarios affect the way people search online.

The attitudes and behaviours of users around the world will greatly dictate the influence that voice search has on SEO and the internet in general. Therefore, it’s up to advertising agencies, researchers and developers of personal assistance technology to decide what happens next.