Adobe’s Mark Henley believes now is the time for innovators to start redefining the value of transformation, with human characteristics the focus rather than technology.

Speaking at B&T’s DAZE of Disruption conference in Sydney, Adobe’s director of transformation and digital strategy for the Asia-Pacific region began his presentation by pointing out that technology is what makes us more human.

“In fact, tech is what makes us human,” Henley said. “Tech is our genius – our patron.” 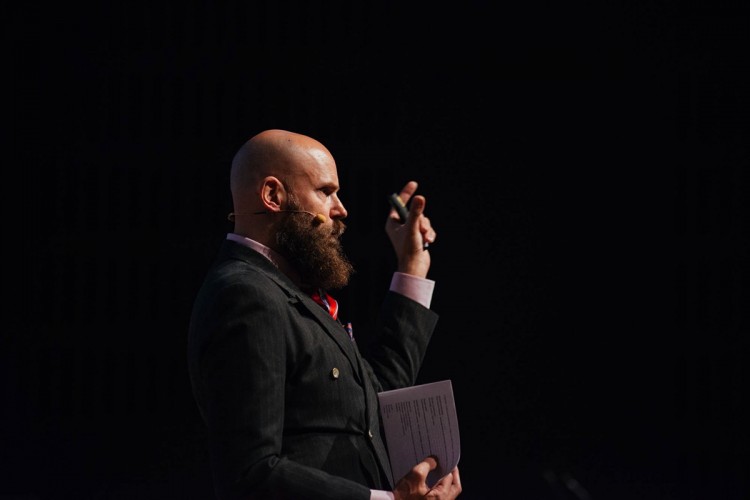 Henley noted that transformation and innovation cannot be completed without technology, “but we’ve got to a point where the tech is the least difficult part!”

“As leaders and innovators in our fields, we now have the opportunity to start redefining the value of transformation,” he said.

“So far it’ s been all about hardware and social progression. But now it’ s all about software, and it’s going faster than society can keep up, so we need some different ways to think about change, which becomes all about values and human characteristics rather than tech.”

According to Henley, the “transformation multivitamin” should put the customer first, but not at all costs, and have no silos. He said it should also contain a tolerance of ambiguity, as well as urgency and sustained effort, with simple metrics that are open to all.

Henley noted that transformation and innovation needs to have a level of empathy, and described virtual reality as “the ultimate empathy machine”.

Finally, Henley told attendees to think about transformation as the bridge.

“Go fast to get that bridge built,” he said. “Use that to change your internal culture and drive a world of work that fosters creativity… small-scale, but regular and frequent innovation. Put yourselves in the shoes of your customers and each other.”