A leading expert into global ad fraud has claimed the practice has become so commonplace that it’s become one of the most profitable criminal activities on the planet.

Dr Augustine Fou (pictured below) is a New York-based cybersecurity and ad fraud expert and says ad fraud has become so widespread because of its profitability and inability for authorities to control. 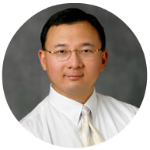 He recently uploaded a LinkedIn slideshare presentation outlining the state of ad fraud in 2018 which you can view here.

Ad fraud is basically a scam whereby the perpetrator fools advertisers into paying for something that is worthless to them, such as fake traffic, fake leads or misrepresented and ineffective ad placement.

Contrary to Dr Fou’s view, many industry bodies and agencies downplay the extent of ad fraud, believing it to be a relatively minor issue.

However, a 2017 report by data marketing firm Datalicious estimated ad fraud in Australia alone to be worth around the $100 million-mark annually. Globally, it’s been estimated at around $US7.2 billion.

However, Dr Fou argues that ad fraud is a huge problem and not simply for the affected advertiser. The problem, he says, is that money is getting siphoned out of the system and into the pockets of the bad guys. That means advertisers have lower ROI because of fake impressions, clicks and bots. While the website publisher loses out too, with Dr Fou estimating as much as a third of their revenue is being lost.

Speaking to tech marketing site In Marketing We Trust, Dr Fou said: “Literally everyone is a victim. The entire digital ad ecosystem is the biggest victim because the bad guys are siphoning a large portion of dollars out of the digital ecosystem.

“Advertisers are hurt when their digital ad dollars are not delivering a return (e.g. when their ads are shown to bots and not humans). Publishers are hurt when revenue is stolen before it reaches their pockets. Everyone else in the supply chain is hurt because the data they buy and sell is completely messed up due to fraudulent activity.

“Consumers are affected too because they have bad ad experiences (sites overloaded with ads), they suffer malware attacks – bad guys want to compromise their computers to use in botnets – and their mobile bandwidth is eaten up by ads and not by the content they want to see,” Dr Fou said.