Gunn Report, the global index of excellence in advertising, has released the results of the 2018 Gunn Media 100, a global ranking of the world’s most awarded and applauded campaigns and companies based on their performance in media competitions around the world.

Gunn Report, now part of WARC, tracks the winners’ lists of close to 30 of the most important global, regional and national media awards shows to compile Gunn Media 100 – a list of the 100 best campaigns for creativity and innovation in media, along with the best-performing agencies, networks, holding companies, brands, advertisers and countries. 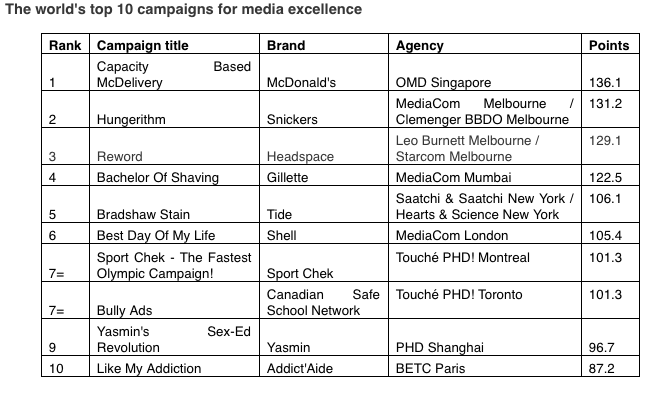 In second place is ‘Hungerithm’ by MediaCom Melbourne / Clemenger BBDO, which saw confectionary brand Snickers partner with 7-Eleven stores in Australia to drive sales and increase category share. Snickers says the internet gets angry when it’s hungry. The brand launched ‘Hungerithm’, an algorithm that analysed 14,000 social posts a day and adjusted the price of the chocolate bar accordingly.The angrier the Internet got, the cheaper Snickers became. 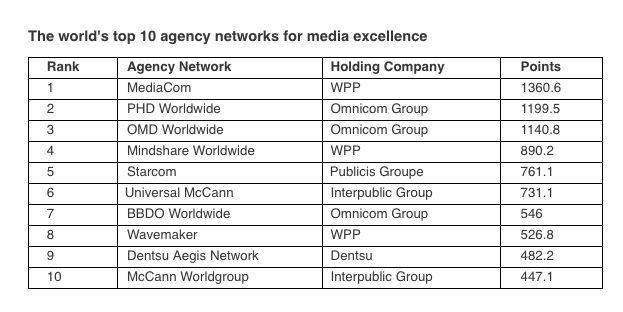 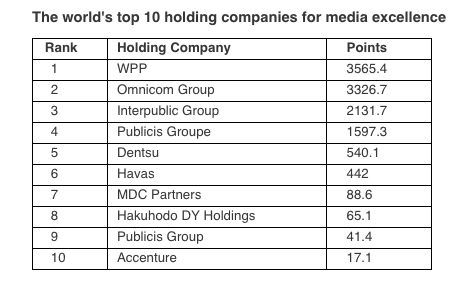 Three themes have emerged from the world’s top campaigns for media excellence: 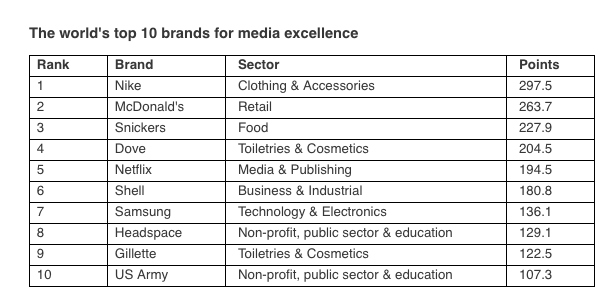 MediaCom London claims first place in the Gunn Media 100 agency rankings with four campaigns ranked in the top 100: ‘Best Day Of My Life’ for Shell (#6), ‘Singing Our Way To The Top Of The Box Office’ for Universal Pictures’ Sing (#22), ‘Missing Type’ for NHS Blood & Transplant (#30) and ‘Dark To Light’ for Gucci Guilty (#77=). 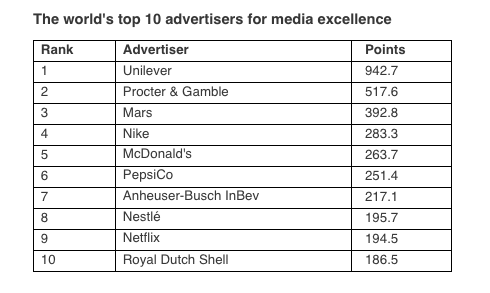 PHD New York is in second place also with four campaigns in the top 100. Their highest ranked campaign (#13) is ‘The Debate Headache’ for GlaxoSmithKline’s Excedrin. Mindshare Mumbai is ranked third with three campaigns making the cut. 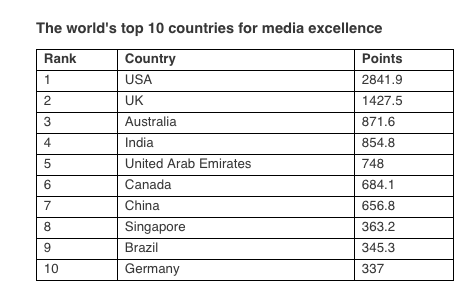 For the first time Gunn Media 100 has included a ranking of holding companies. WPP tops the leader board, with three of its networks – MediaCom, Mindshare Worldwide and Wavemaker – ranked in the top 10. Omnicom Group and Interpublic Group follow.

Sir Martin Sorrell, CEO of WPP, said: “WPP’s core purpose is to deliver growth for our clients so we are delighted to receive this recognition of our effectiveness in doing so. And congratulations to MediaCom who, as network and agency of the year, have helped us achieve a hat-trick of awards.”

Nike takes first position as the top brand with four campaigns featured in the top 100, all from the US. McDonald’s is in second place, followed by Snickers and Dove.

Unilever tops the Advertiser’s ranking by a significant margin. Procter & Gamble is in second place. Both advertisers have six brands featured in the top 100 campaigns. Mars takes third place with five campaigns in the top 100.

The US dominates the rankings with 30 campaigns in the top 100, 12 of which feature in the top 20. UK is second with 11 campaigns. Australia and India follow. In total, 24 countries were represented.