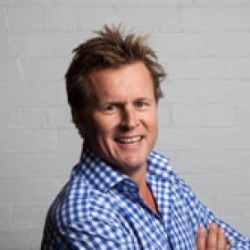 
I’m deep into Joseph Jaffe’s Zero Paid Media. I can’t help getting excited. I’m not sure whether I’m becoming delusional, but I’m rolling with it and I’m excited about a new reality.

I’m obsessing about the notion that the world is moving towards the inevitable reality where brands own their own media; where they have checked out of rehab and are clean from their reliance on paying for advertising and have built direct relationships with their customers and prospects. They are playing an active role in popular culture, they drive media around their products and services, and their marketing teams resemble a newsroom or major production studio.

Soothsayers have talked about this time: the post-advertising era.

There is no consumer media and the traditional advertising model has collapsed, leaving large creative agencies as barren wastelands. It’s an apocalypse. You walk into their offices, where a couple of old drunks are leaning against their trophy cabinet, remembering the good old days when their ‘Big Ad’ reached more than one million viewers in one evening. They’re the generation of ‘Properly Mad’ men …

Brands have taken over their own media. All the major TV shows are branded content. The major supermarkets don’t sponsor MasterChef or MKR any more, they own them. They are battling it out for audience and for the nation’s hearts through their own media. They have hired the best journos, TV personalities and celebrity chefs full-time, they have their own studios and they do their own live shows all around the country.

Meanwhile, the telcos have their own battleground, only it’s in the events space. One hosts The Future Festival – a nationwide mix between Vivid and TEDx – while the other hosts the largest gaming and mobile entertainment show in Australia. Tech geeks and gamers come from all over the country to soak up the latest and greatest. Ambassadors from the brands have deserted their old posts on mainstream TV and press and now entertain and educate crowds with their knowledge and stories. Entertainment, education and inspiration: all right for on-brand messages.

Over in banking land, house-hunters search for houses not through Domain or Real Estate, they use a bank app. Real estate agents from around the country have rioted against the media players and joined forces with the banks to create a world of information where consumers have every bit of information they need to find their next house in the one place. The banks have raged a battle to amass a huge range of data on every property, on every piece of land, by buying up multiple companies and creating an experience to rival the cockpit of an A380. They have placed the power in the hands of the consumer and, in turn, their brand into the heart of the largest purchase that consumers make.

Across every industry segment and audience segment, brands are collaborating to target large-scale audience groups and own their entertainment and information needs. They have all set up ‘brand newsrooms’ and are monitoring sentiment in their chosen fields and leading the conversation. They are piping to their audience valuable information across devices (some wearable) as they go about their daily lives. Traditional media news services have collapsed and consumers are trusting their favourite brands (with which they already have a deeply engrained relationship) to keep them informed about what’s happening globally and locally. Luckily, the brands know so much about them that they tailor that experience perfectly.

Scary? Maybe. But how much trust do you have in today’s media as advertising collapses further? Who do you think will have deep enough pockets to invest in decent journalism?

I’m rolling around, trying to continue this dream. I need to know where it’s going.