Advertise with us
Posted 5 December, 2018


A lot can happen in a year. Here’s what played out on Twitter.

This year’s “Golden Tweet” in Australia came from @thomas_violence, with a comment on the tragic gun violence that rocked the US in 2018. 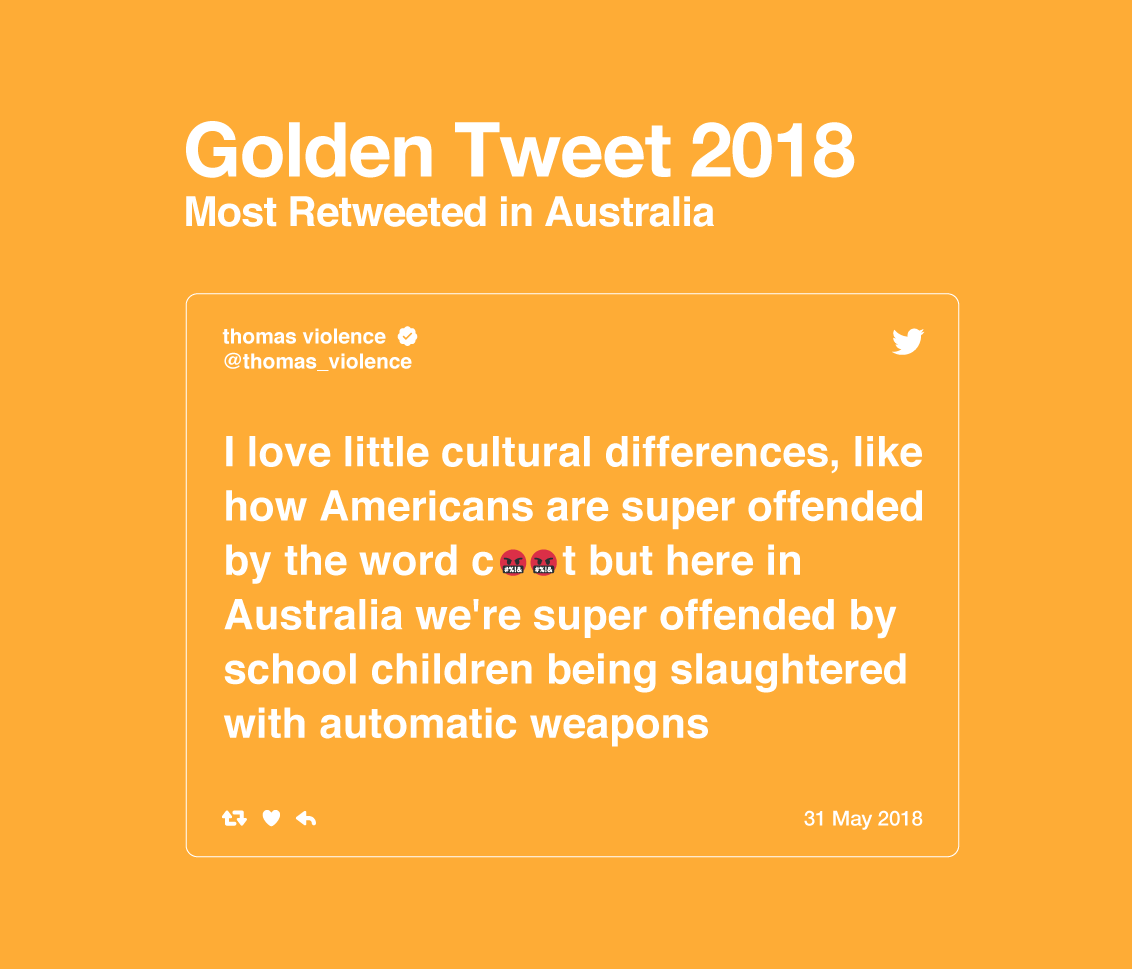 Taking out top spot for the fifth year in a row, #auspol retained its position as the most Tweeted hashtag of the year.

Countless Aussies used the hashtag to join the political conversation, share their thoughts on our political landscape, and campaign for the causes that matter most to them.

Aussies took to Twitter to discuss social movements such as #Nauru, #climatechange and #ChangeTheRules.

On the less serious side of the spectrum, gaming was bigger than ever on Twitter.

Ever heard of a little game called ‘Fortnite’?

The gaming sensation of the year #Fortnite was the tenth most Tweeted hashtag in Australia (but…alas, #flossing did not make the list).

Twitter also saw sports feature twice in the list of the most popular hashtags of 2018 with #WorldCup and #ausopen both making the top 10.

In fact #BTS, was the second most popular hashtag in Australia, moving up seven spots from last year.

Here’s the ten most Tweeted hashtags in Australia for 2018: 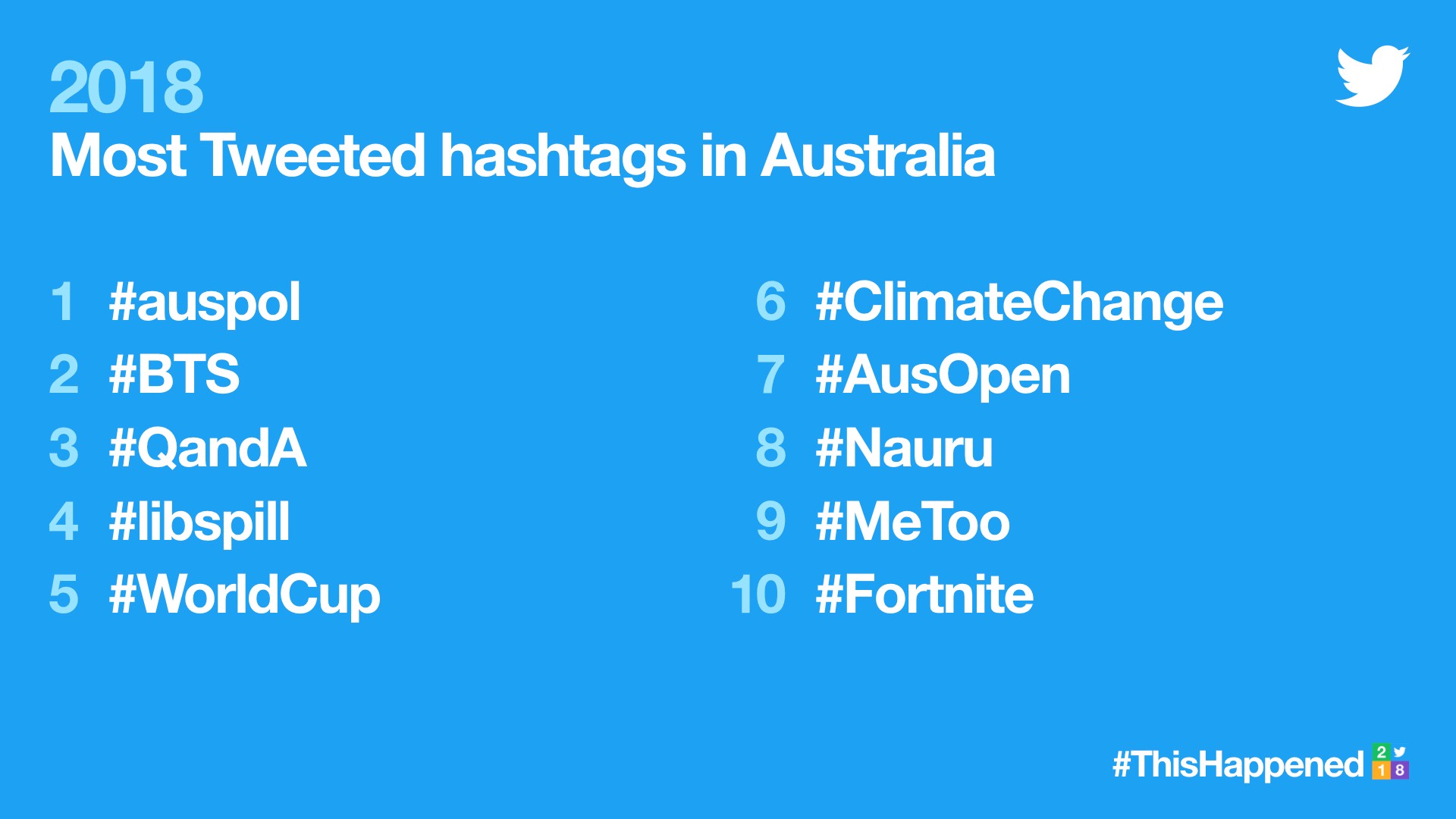 When it comes to Twitter’s most-followed Aussies, some of our most well-known musicians, actors and models make the list.

Australia’s very own Wolverine, @RealHughJackman, once again topped the list and @Luke5SOS and @Michael5SOS tying with a massive 10.5 million followers in second place.

But don’t stress @5SOS fans, @Calum5SOS and @Ashton5SOS both made the list in seventh and eighth place respectively.

Here are the most followed Aussies on Twitter in 2018: 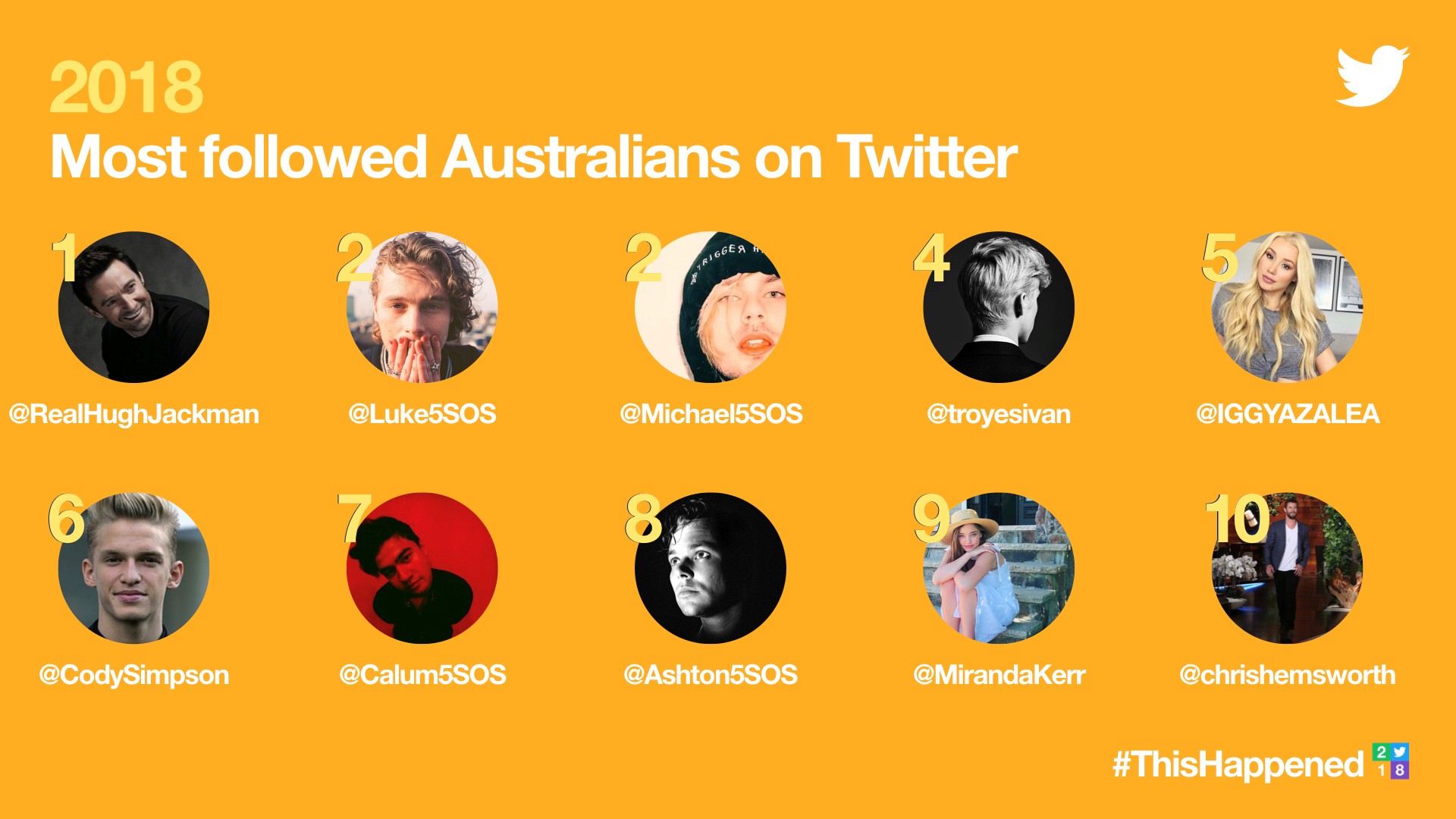 Here are the most Tweeted about politicians on Twitter in 2018: 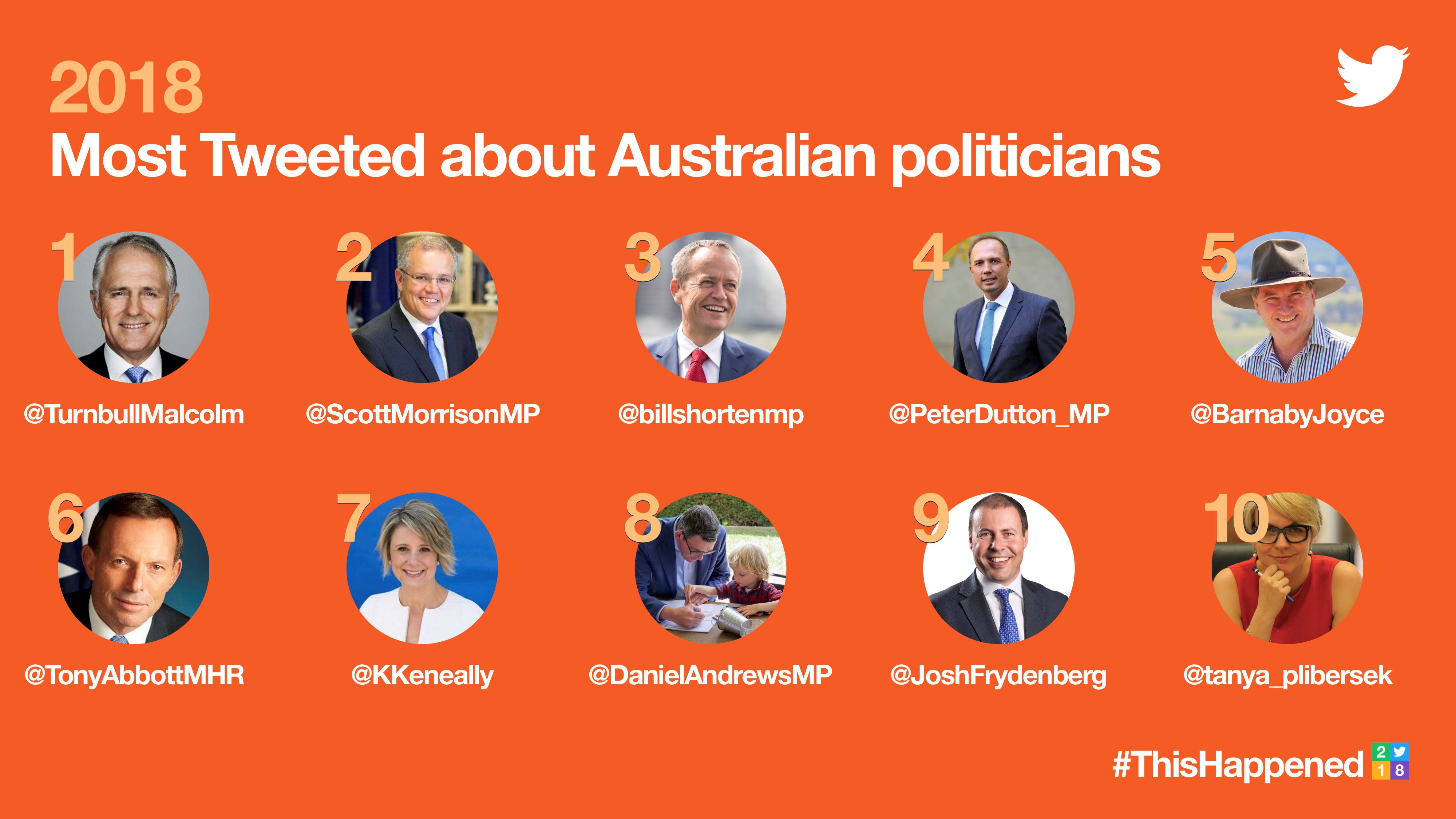 And this year, brands didn’t disappoint, with campaigns that made us laugh, think, and feel warm and fuzzy inside.

@NAB broke down what the 2018 Federal Budget meant for every Aussie with a live stream featuring NAB’s Chief Economist on Twitter.

@XboxAustralia delighted gamers with news on the latest games and events. @ANZ_AU had Aussies spreading messages of love and support with its #SoMuchYAY campaign.

And who can forget @HyundaiAus’ cheeky Tweet, jumping on the perfectly timed billboard ad during the Portugal v Spain World Cup match to engage football fans?

These are brands that had Aussies reacting the most in 2018: