In this guest post, Shout! Agency’s CEO Michael Jenkins (pictured below) takes a look at Facebook’s new “Workplace” and reveals why he thinks it will be a boon for businesses… 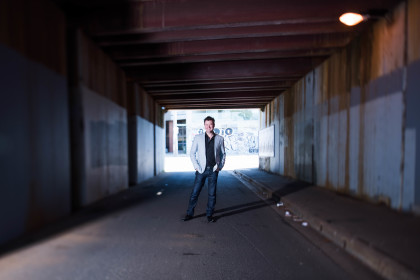 With a similar look and feel to Facebook, but with a more muted grey colour scheme; Workplace provides businesses with a new spin on internal communications – and limited training is required thanks to familiarity with the main site.

Facebook Workplace’s biggest problem will be convincing workplaces that the program will actually enhance productivity and engagement; not kill it.  One of the methods Workplace has taken to combat this, is making employee Workplace accounts, separate to that of their personal Facebook account.

There is also no advertising on Workplace, rather Facebook has monetised by charging businesses a subscriber fee to play.

RentalCars.com has been using Workplace for the past six month or so, choosing to do so rather than using a more traditional intranet comms tool.  The approach has worked for them, with more than 75 per cent of their 1400+ employee base registering almost immediately.

It helped that use was encouraged and implemented from the CEO down.  RentalCars.com CIO Graham Benson refers to using Workplace as “bumping into a familiar friend”.  With a young workforce who are constantly engaging, personally, via social media – Workplace seemed like an obvious transition. “Now we’re live with Workplace we’ll continue to use it because we think it’s a really proactive tool for helping us interact with our staff members through a platform that they are very happy to use,” he says.

Benson cites no major challenges because the web-based platform is so widely used and recognised and deemed a normal and acceptable way to communicate; it didn’t have too much of an impact on IT.

Like most things, with the good also comes the bad.