What is the secret to a successful agency? The answer is deceptively simple. Yet so many companies still get it wrong. 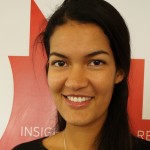 The secret to becoming a successful agency, or company in general, is diversity. It is the one thing that is guaranteed to improve the creative product that your company is putting out the door every day. Not to mention the positive effect on internal culture.

So, why am I writing this article now? Last week, I had the privilege of attending The 3% Conference in Australasia. The 3% movement began in 2010, when at the time in the US, only 3% of Creative Directors were female. The conference has evolved into a forum where agencies and brands can share knowledge and best practices to drive change and achieve greater diversity in all sectors.

Ultimately, as Lisen Stromberg (COO of The 3% Movement) stated in her opening keynote, this isn’t about girl power; it’s about good business and the industry’s role in that.

At the end of the day, the media and advertising industry is in the business of selling ideas. It is diversity that drives different perspectives and new ways of thinking. This diversity isn’t limited to just gender; it is age, race, sexuality and disability. Our teams need to represent the world, not any singular point of view. It’s fundamentally important to consider what your obligations and cultural responsibilities are in what you’re putting out there.

For me the main takeaway from the conference was, what is the cost of not changing? Various speakers mentioned that the gender equality conversation had been going on for long enough and that the required changes should be happening much faster.

Interestingly, those people who were increasingly getting fed up with the lack of opportunity were boldly setting out to create their own businesses. Designing an environment where they could really thrive and use their creativity in new ways to solve problems.

Panellists Kimmie Neidhardt (co-founder of creative agency Burd), Jane Evans (founder of The Invizibles – content marketing firm which is dedicated to improving the visibility of women over 40) and Sarah Moran (co-founder of Girl Geek Academy – a global movement encouraging women to learn technology, create start-ups and build more of the internet) or the hilariously engaging George McEncroe(CEO & founder of female ride-share company Shebah) are women who set out on their own for very different reasons and who are now enjoying working on their own terms.

We also heard from Mike Hill (founder and CEO of Holler) who realised that he had become a stay-at-home ‘mum’ after attempting to find part-time work as a new father. That experience opened his eyes to the challenges that women face and spurred him to co-found Puffling with two female co-founders. The company is dedicated to helping back to work mums find flexible jobs via a unique job-sharing solution. He challenged agencies to start viewing flexibility as a competitive advantage. He also challenged CEOs in the room to cold-call a recruiter and ask for part-time work and wait for the awkward pause/eye-roll, to really put themselves in a working mothers’ shoes.

* Quick shout out to all the men that came to The 3% Conference, I’ve always been a firm believer that no positive change will happen unless the other half of the population is included, so this was awesome to see *

All of the amazing speakers I mentioned above found ways of redesigning the structure of business and to focus on outcomes rather than just (wo)man-hours at a desk. As Cindy Gallop (industry trailblazer and CEO) explained in her keynote: You cannot do new world business from an old world order place.

Cindy’s talk was focused on reinventing creativity in Australia. In her words: A country where despite a lot of great work coming out, is still failing to realise it’s full potential because it’s failing to tap into the talent, creativity and skills of diverse talent.

Whilst Cindy’s talk was focused on encouraging people to go out and start their own ventures, I don’t necessarily think there should be a mass exodus of the industry. I believe there can be a place for being an intrepreneur and finding ways to reach your potential within your existing organisation.

As an industry, we’ve come so far in terms of improving flexible working options. It’s now going to be about embracing these policies to ensure that people are actually using them, and have the space to think creatively. They will play a pivotal role in attracting diverse talent, which will make or break the future of Australia creativity and profitability securing us a more concrete place in the dominant global markets of the world.

When Jemma Wong (Head of Audience Growth – AFL) was faced with the challenge of marketing the new women’s league, she had the wise sentiment of “focus on what the players bring to the game, not what they take away”. I think this same mentality can be applied to diversity, and when you look at what a diverse workforce can bring to the table, you’d be mad not to support it.

So, whether you’re striking out on your own as an entrepreneur or carving your niche within an organisation, it is imperative to get the culture right internally, for anything to change externally. And like any successful campaign, make sure you have the right KPIs in place to measure impact and define areas of improvement!

Diversity is your magic bullet to not only creativity but also profitability.