AFL commentator and Sydney Swans legend Barry Hall has been sacked by Triple M following a vulgar comment he made during a live radio broadcast towards one of his colleagues.

It’s understood that Hall (pictured above) was filling in for Chris Judd on a pre-game panel for Triple M’s coverage of the Friday night game between the Western Bulldogs and Geelong Cats, when made the vile remark about the impending birth of co-commentator Leigh Montagna’s wife.

Hall insinuated the doctor acted in a sexually inappropriate way to induce labour for Montagna’s wife, Erinn. B&T has chosen not to publish the comment, however, you can listen to it here. 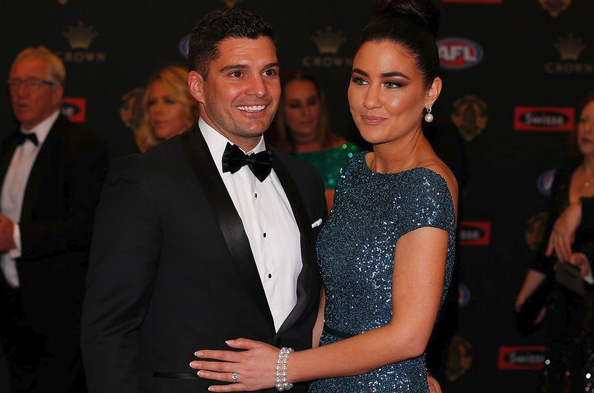 Shortly after the segment went to air, Triple M’s head of content, Mike Fitzpatrick, announced that the radio network had sacked Hall over his comments.

“Tonight on Triple M Football there were unacceptable and inappropriate comments made by a member of the commentary team,” he said.

“The commentator was removed immediately from the broadcast and an apology was issued on-air afterwards.

“Immediate action was taken with the termination of employment for one team member.”

Hall issued a public apology via The Sunday Telegraph, saying it was a “silly thing to say” and “not a reflection of who I am or what my views are”.

“I am a proud father and dedicated partner and have nothing but respect for women,” he said.

“I apologise to the Montagna family for any upset I have caused them and wish them all the best with the exciting arrival of their baby.

“I also want to thank those for their support and am disappointed that I have been stood down because of this incident.

“Once again, I am sorry, I should not have said such an inappropriate comment on air and hope I can be forgiven and move forward from here.”